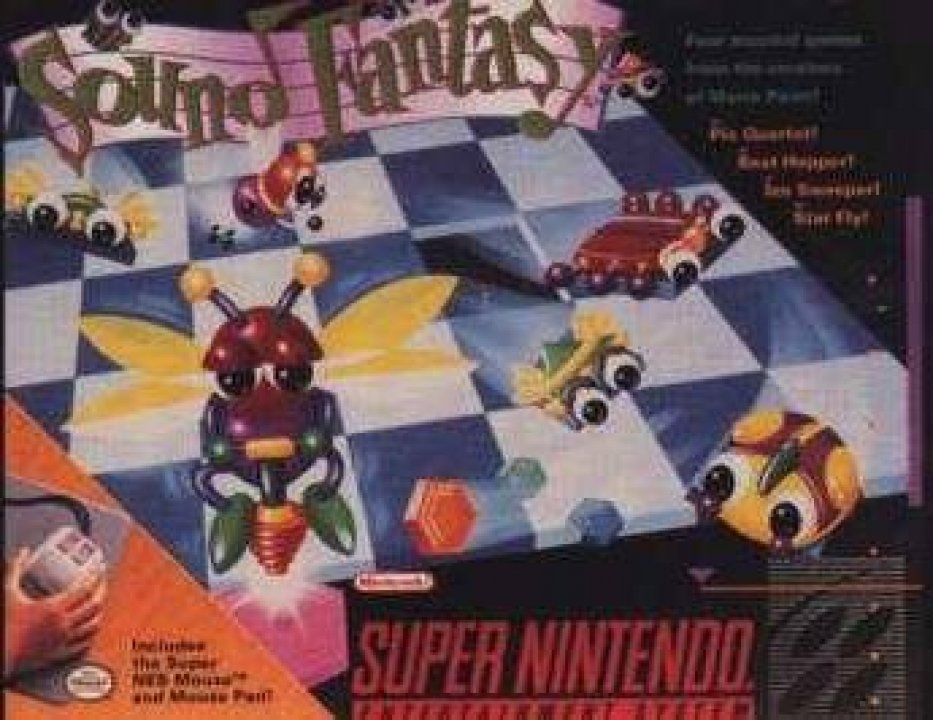 Sound Fantasy (Japanese: サウンドファンタジー Hepburn: Saundofantajī?), titled Sound Factory during development, is an unreleased video game for the Super NES/Super Famicom. Designer Toshio Iwai was inspired by his earlier interactive installation art piece titled Music Insects, to develop a video game at Nintendo between 1993 and late 1994. The completed product was inexplicably canceled by Nintendo, and the game's key elements were later developed into Maxis's 1996 PC game release titled SimTunes. Sound Fantasy contains eccentric concepts and untested game mechanics. Music games, especially on home consoles, were not popular in the early 1990s, and it wouldn't be until much later in the decade that they gained mainstream attention.[citation needed] The Sound Fantasy prototype contains four different games in one cartridge. Pix Quartet was inspired by Toshio Iwai's Music Insects. There are four insects of different colors, where the player can select different insect to each represent a different instrument. They crawl all over the screen, where the player can draw. Insects that crawl over a colored pixel make a note. Each color represents a different note for each insects. Sample Demos can be loaded to demonstrate the capabilities of this game. Beat Hopper contains three different modes: A-type, B-type and Training. A-type is a rhythm game in the style of Q-bert, where an insect on a pogo must make every block disappear after stepping on it as many times needed. Each block makes its own sound and the order does not matter. The player can improvise a song with each block. B-type requires the player to follow a path of blocks that appears every time the player touches one. The player must make as many steps as possible without losing three lives. Ice Sweeper indicates two modes: A-type and B-type. This game is a Breakout clone with a few new twists added after a few stages, such as four bats controlled by a single player. Star Fly is inspired by music boxes, where the player can set a sequence of stars in the sky, to compose a song. A higher star corresponds to a higher musical note. The player may set the speed and the tone.