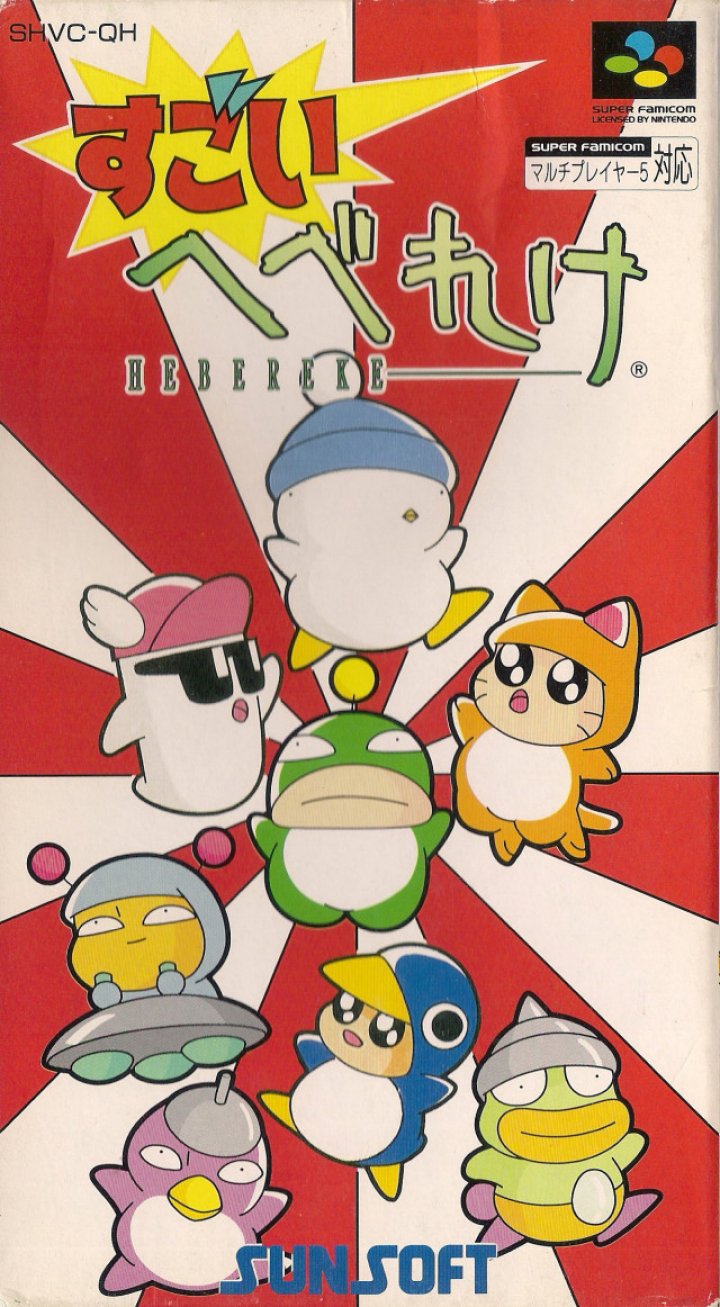 Sugoi Hebereke (すごいへべれけ lit. "Amazing Hebereke"?) is a 1994 fighting game developed and published by Sunsoft exclusively in Japan for the Super Famicom on March 11, 1994. It is a spin-off of the Hebereke series, as well as Sunsoft's first attempt in the genre before they became better known for the 1995 Galaxy Fight: Universal Warriors, the 1996 Waku Waku 7, and the 1998 Astra Super Stars. Sugoi Hebereke is Bird's Eye-viewed like Vectorbeam's 1979 arcade game Warrior, but with brawling elements similar to the ones found in Atari Games' 1990 Pit-Fighter arcade, Technōs Japan's 1992 Nekketsu Kakutō Densetsu, Namco's 1994 The Outfoxies, and Nintendo's 1999 Super Smash Bros. There are two play modes in the game: story mode and VS. mode. In VS. mode, up to four players can play as the cast of the Hebereke series simultaneously when using an SNES Multitap. The object of the game is to knock out (KO) the other three opponents. Each stage is square shaped and has its own environmental hazards and moving objects. 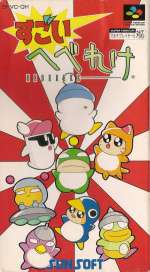