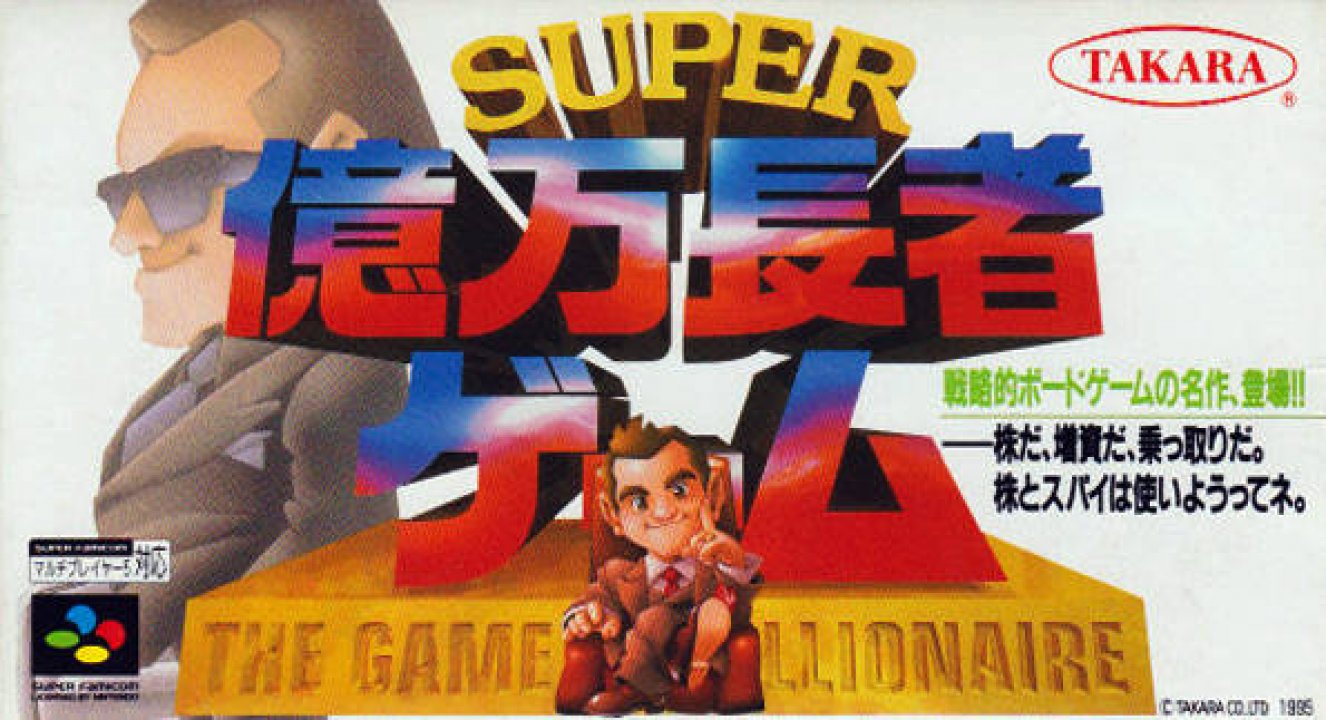 Super Okuman Chouja Game ("Super Billionaire Game") is a multiplayer virtual board game that concerns commerce and property development, not unlike Monopoly. On three separate maps - one based on the countries of the world, one based on a futuristic Tokyo and one on a historical Edo - the player moves across the board and buys and develops the various properties they land on. The goal is to make the most money and/or bankrupt the opponents. The game is the third in the Okuman Chouja series, though the only one to be released on the Super Famicom. 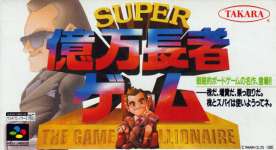