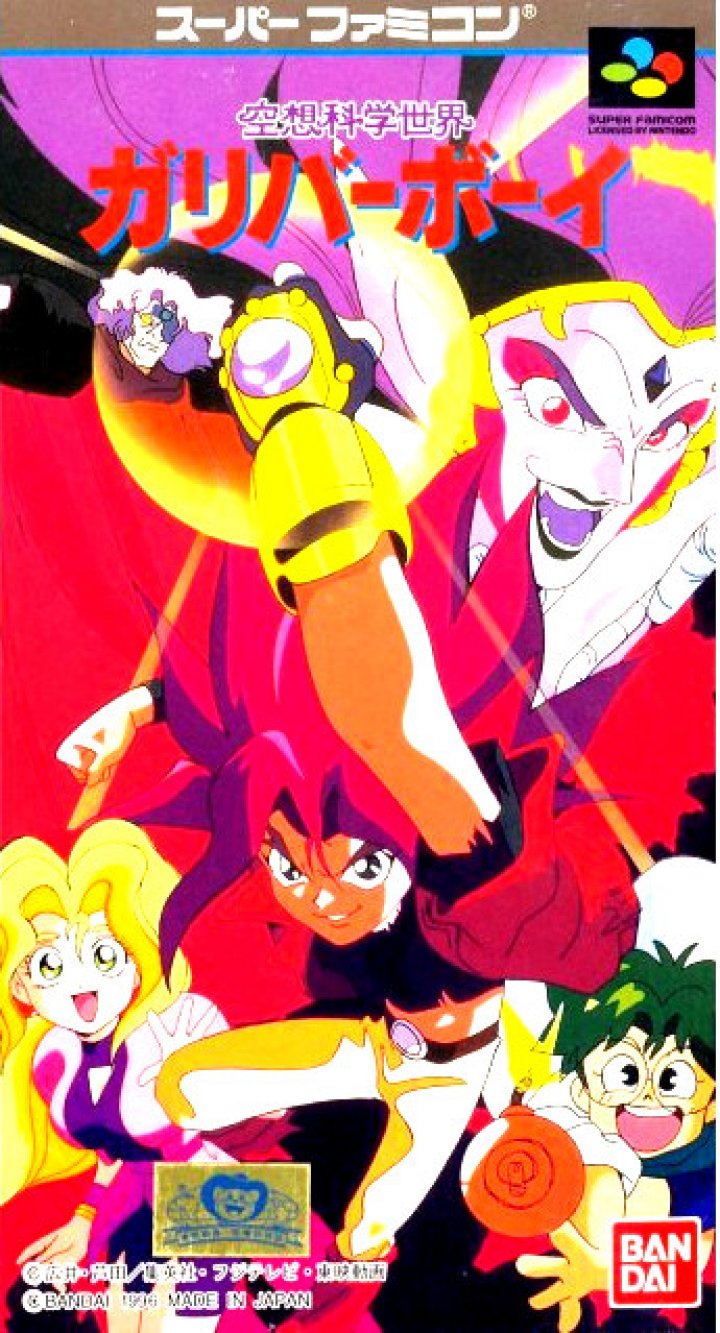 Kuusou Kagaku Sekai Gulliver Boy ("Imagination Science World Gulliver Boy") is an action-adventure game based on the Toei anime of the same name. Gulliver Boy features an alternative Europe where magic is real, but rare, and exists side by side with science. The sinister King of Spain has decided to invade Venice, killing the young magician Gulliver's father and pushing him to enact revenge. Gulliver Boy plays similarly to Secret of Mana. Spain is trying to take over Europe, and Judo, prince of Spain or something, killed Gulliver’s father. Now Gulliver’s pissed off and wants revenge. Who wouldn’t? And so you set off to kick ass with nothing but Edison’s bombs, Gulliver’s hadouken thing, and Gulliver’s gigantic hair. Misty eventually joins you, but ends up being dead weight at first :P Oh, and in the second part of the game, you get this badass mech thing for all of two or three boss battles. 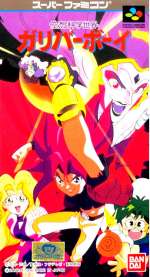