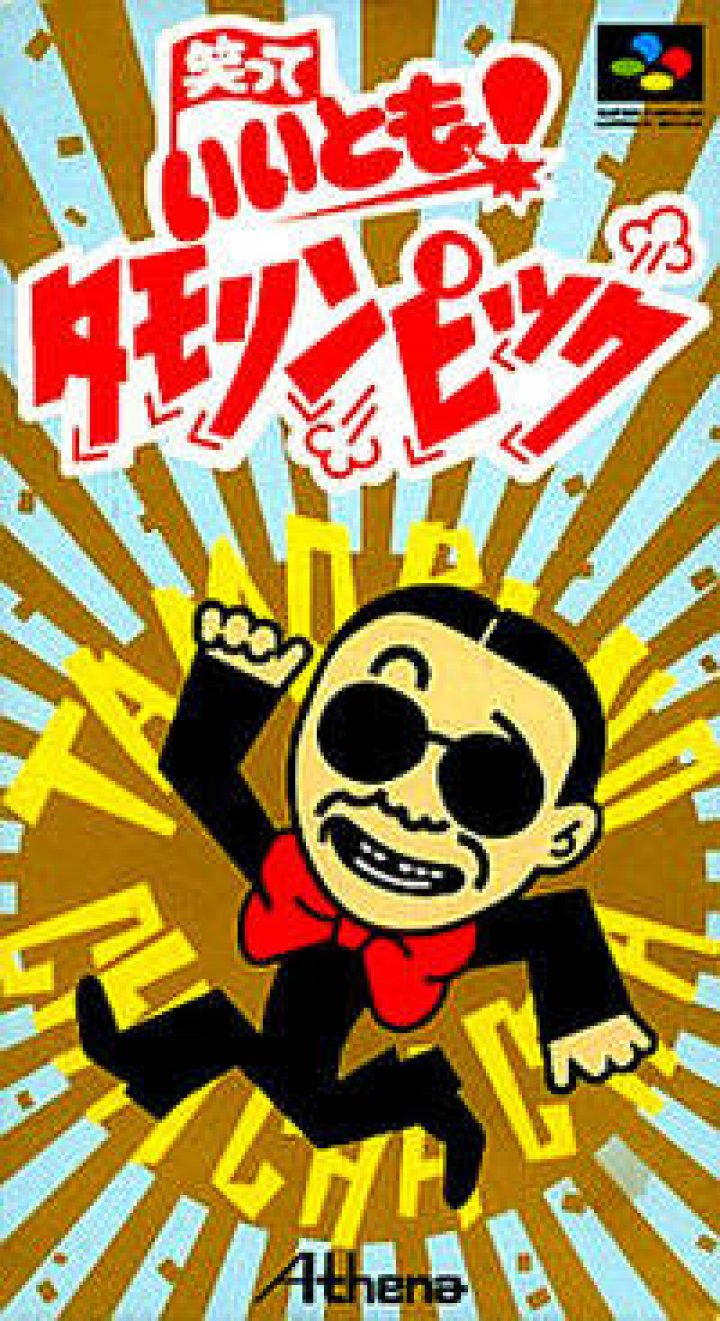 A Super Famicom four-player party mini-game collection based on the long-running Japanese variety show Waratte Iitomo! and featuring its shades-wearing host Tamori. Waratte Iitomo! Tamorinpic ("It's OK to Laugh! Tamorinpic") is a party mini-game collection based on the Japanese TV show of the same name. The show was a daily hour-long comedy variety show featuring recurring guests and various skits and interviews, hosted by the shades-wearing comedian Tamori (whose real name is Kazuyoshi Morita). It aired from 1982-2014 and made several longevity records in the process. The game allows for up to four players, but only two players ever play at once: most of the mini-games are based on completing a task within a set time or with a certain amount of precision, so all players don't need to play simultaneously. Instead, the first pair of players will play each mini-game, followed by the second pair (or two-and-one, if the three-player mode was selected). These mini-games have a comedic edge to them and vary from bowling with a snooker cue to a Simon Says game that involves clapping the correct way to certain goofy poses Tamori makes. Due to the license, the game was never released outside of Japan. 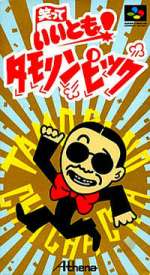