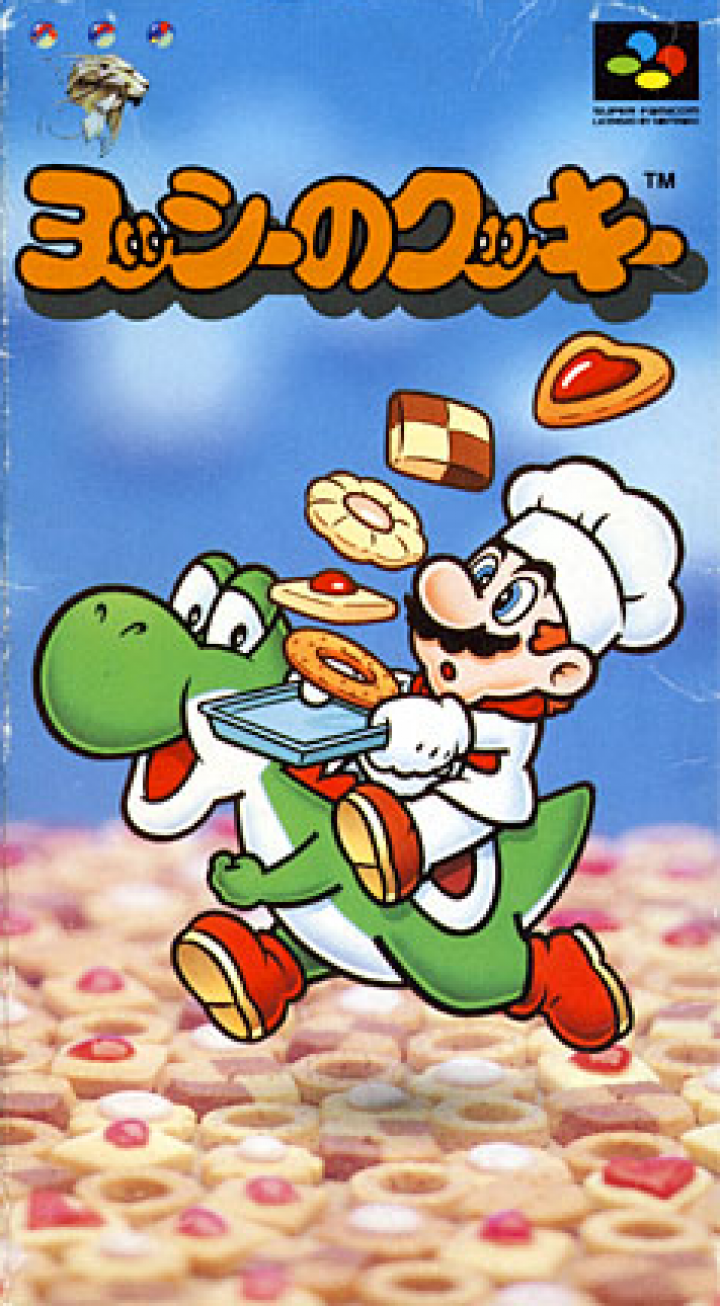 A Japan-only sequel to Yoshi's Cookie developed to advertise the titular ovens. Basic gameplay is retained, but this game adds a world map and more detailed graphics. Yoshi no Cookie: Kuruppon Oven de Cookie is a cuisine focused re-release of the original Yoshi's Cookie by Bulletproof Software and National Human Electronics. While the gameplay is identical, the game also adds cooking advice and recipes concerning the Kuruppon Oven from Panasonic. Only 500 copies were released in Japan, and the game was not available in other territories. It currently fetches a very high price on the Japanese retro game market. Yoshi no Cookie: Kuruppon Oven de Cookie is not the first advergame Nintendo signed off on. The thematically similar Motoko-Chan no Wonder Kitchen was released the same year. 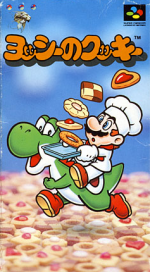