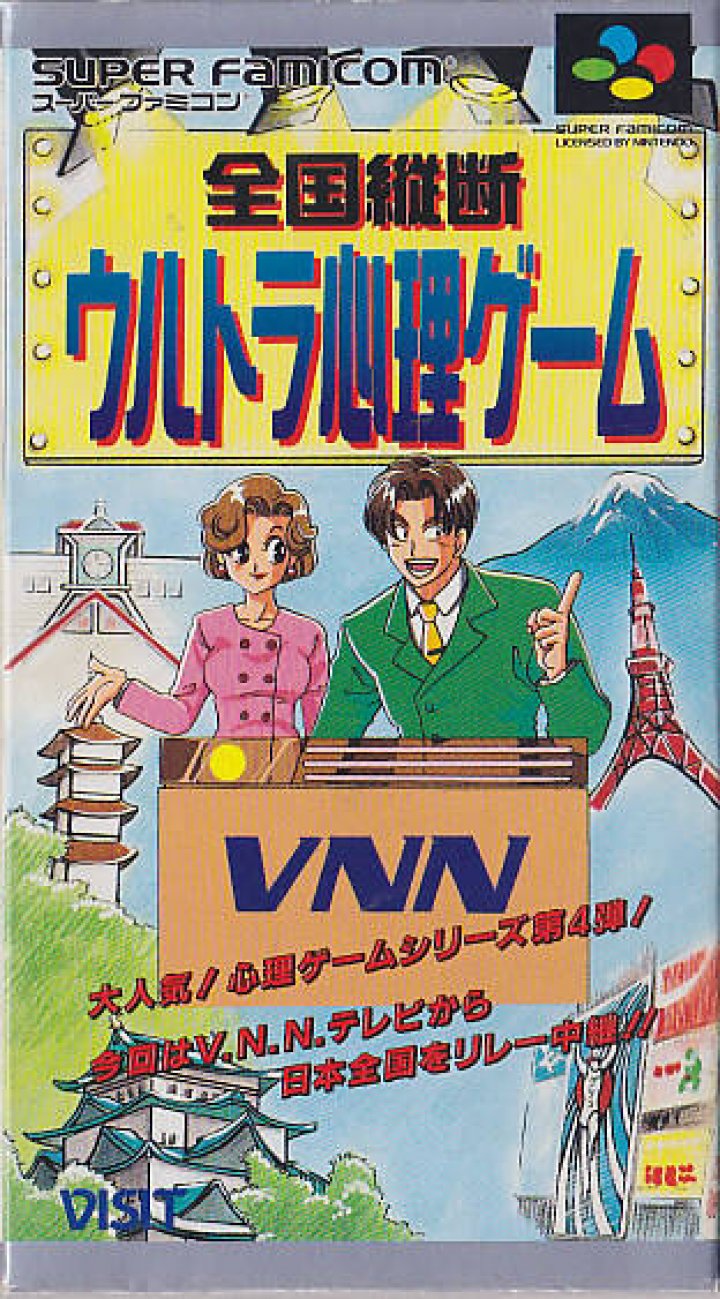 A spin-off of Visit's Shinri Game quiz series that frames its probing questions with a geographical TV quiz show. Zengoku Juudan Ultra Shinri Game ("National Longitudinal Slice Ultra Psychology Game", referring to how the in-game game show selects a region for a question by picking its longitude) is a quiz show for the Super Famicom that opts for questions of a more personality-test nature. With every Shinri Game, these questions are presented with a distinct framing device: in Zengoku Juudan's case, the game is presented as if it was a TV game show that pulls its questions from specific regions and prefectures of Japan. It follows three previous Shinri Games for the system, but isn't a true sequel - The Shinri Game IV, released on PlayStation in 1998, is the "true" fourth The Shinri Game. 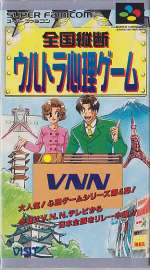