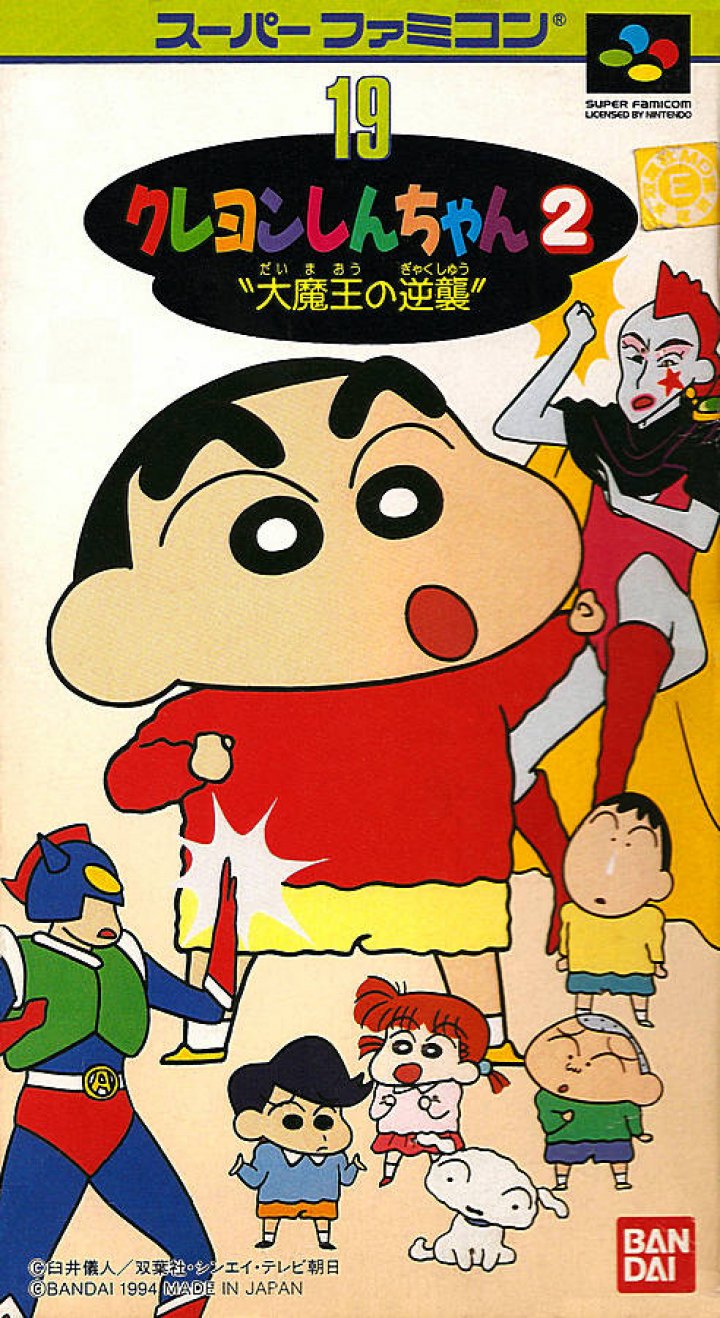 Crayon Shin-Chan 2: Dai Maou no Gyakushu ("Crayon Shin-Chan 2: The Demon Lord's Counterattack") is a platformer based on the Crayon Shin-Chan anime and manga. The player, as the mischievous kindergartner Shin-chan, must rescue his favorite super hero Action Kamen ("Action Mask") from his prison before Action Kamen's supervillain nemesis Haiguremaou can take over both Action Kamen's and Shin-chan's worlds. Many of the bosses are transformed versions of Shin-chan's friends and family. The game is a standard side-scrolling 2D platformer - common with licensed games - though it is notable for letting players decide which order they want to tackle stages, not to mention the franchise's penchant for weird/gross-out humor. It is the second of three Shin-Chan games to reach the Super Famicom (sandwiched between 1993's Crayon Shin-Chan: Arashi wo Yobu Enji and 1996's Crayon Shin-Chan: Osagusu Dobon) and was never released outside of Japan. 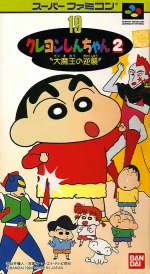