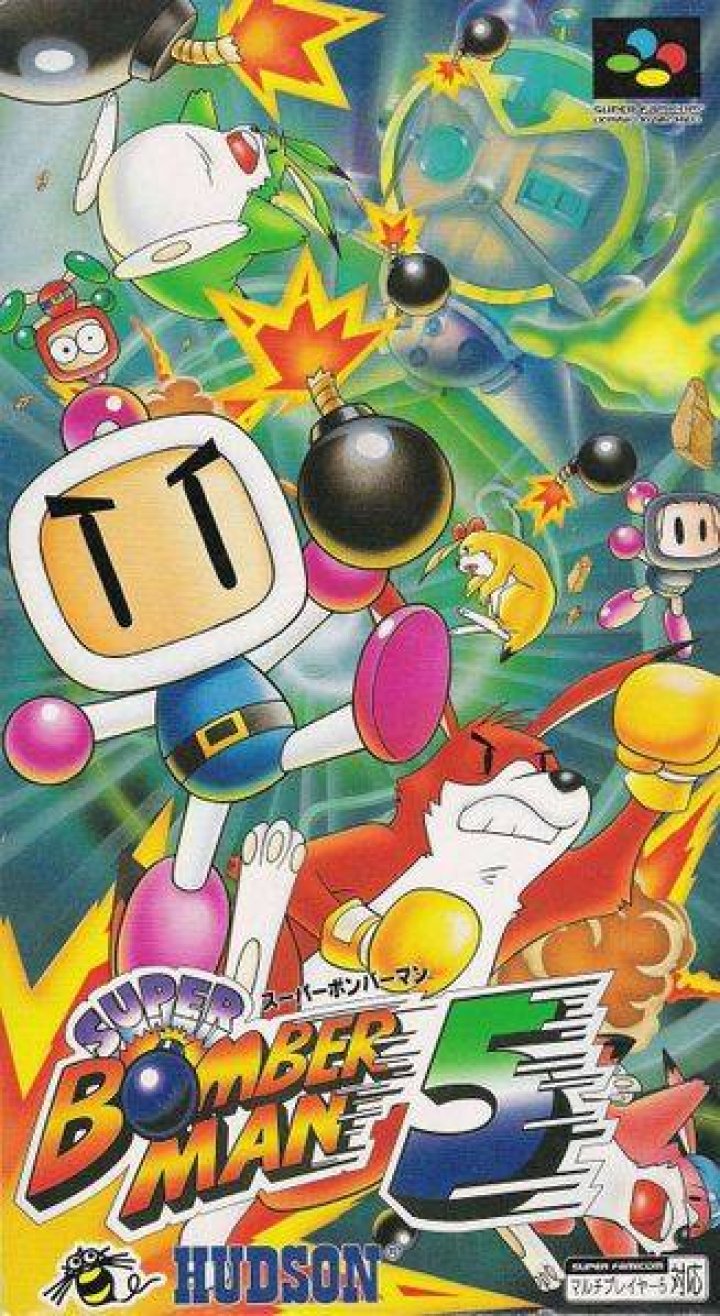 An evil Bomber named Emperor Terrorin who has the power of Time itself has freed various criminal Bombers from their prison cells in orbit around Planet Bomber. Setting them up in a warped time and space, Shirobon, Kurobon, and their Louie (Rui) companions must travel through stages and defeat them before going up against Emperor Terrorin himself. Super Bomberman 5 (スーパーボンバーマン5), released by Hudson Soft in early 1997, was the final Bomberman game released on the Super Family Computer - the Japanese version of the SNES. The game was released in two variations: a standard cartridge and a gold cartridge, which was sold exclusively through CoroCoro Comic. The gold cartridge included extra maps in battle mode. 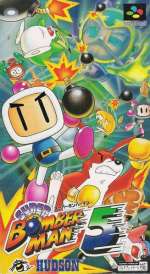