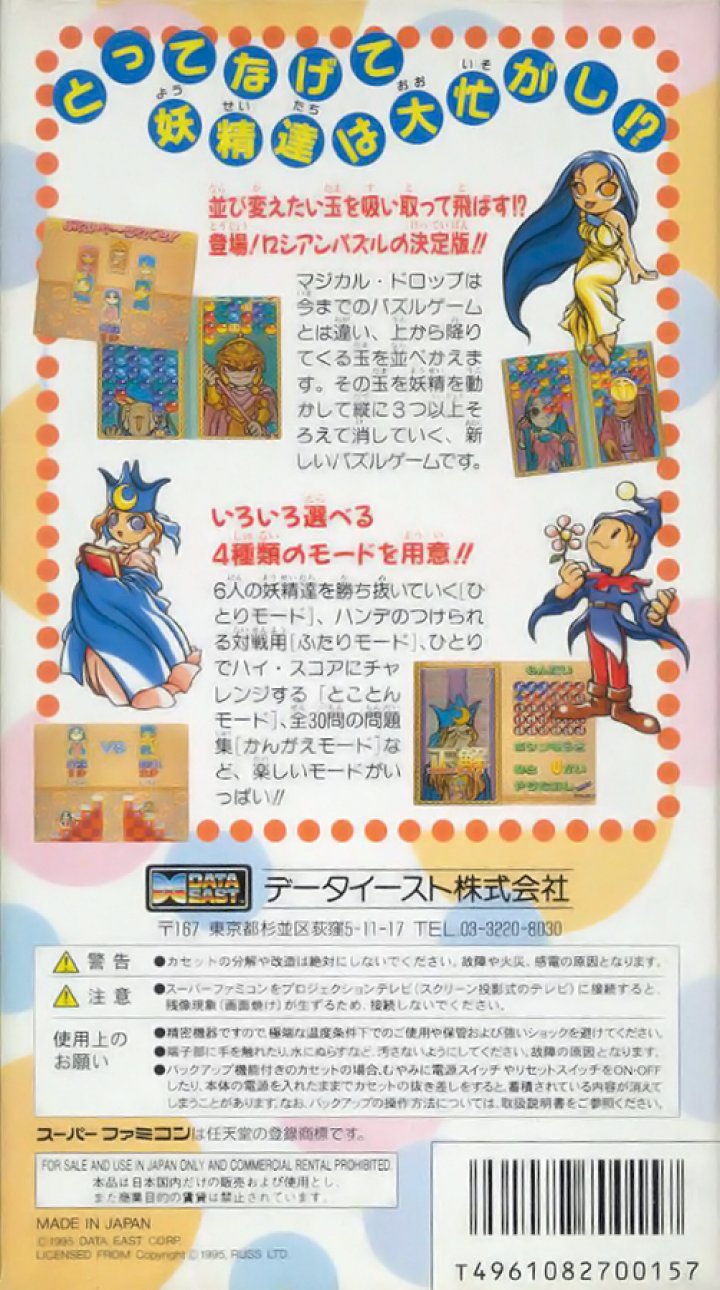 Magical Drop is a Japanese series of puzzle games originally released in the arcade, and later primarily released for several platforms such as the Neo Geo, Super Famicom, Sega Saturn and Neo Geo Pocket Color developed by Data East. The games are notable for being extremely fast-paced. The first game in the series, first released to arcades in 1995. It features Fool, Magician, High Priestess, Chariot, Devil, and Star as playable characters. It features a single-player mode, where the player battles each playable character before taking on World in one final encounter, as well as a two-player multiplayer mode. The game received an updated version named Magical Drop Plus 1! (マジカルドロップPLUS1!), which adds a Solo Play mode that challenges players to obtain a high score without having to battle an AI opponent. Magical Drop Plus 1! was released in English as Chain Reaction. Magical Drop was ported to the Super Famicom, which includes a puzzle mode that challenges players to solve preset puzzles given a limited number of possible moves. The game was re-imagined for the Sony PlayStation and Sega Saturn with different, pre-rendered characters. Finally, a port of the game is part of Magical Drop III + Wonderful; this includes the PAL version of III + Wonderful, which retains the Magical Drop Plus 1! name as opposed to using Chain Reaction. 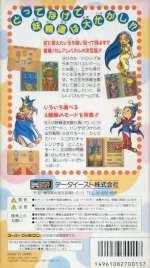 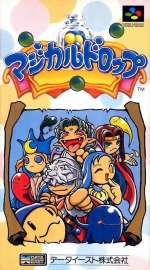