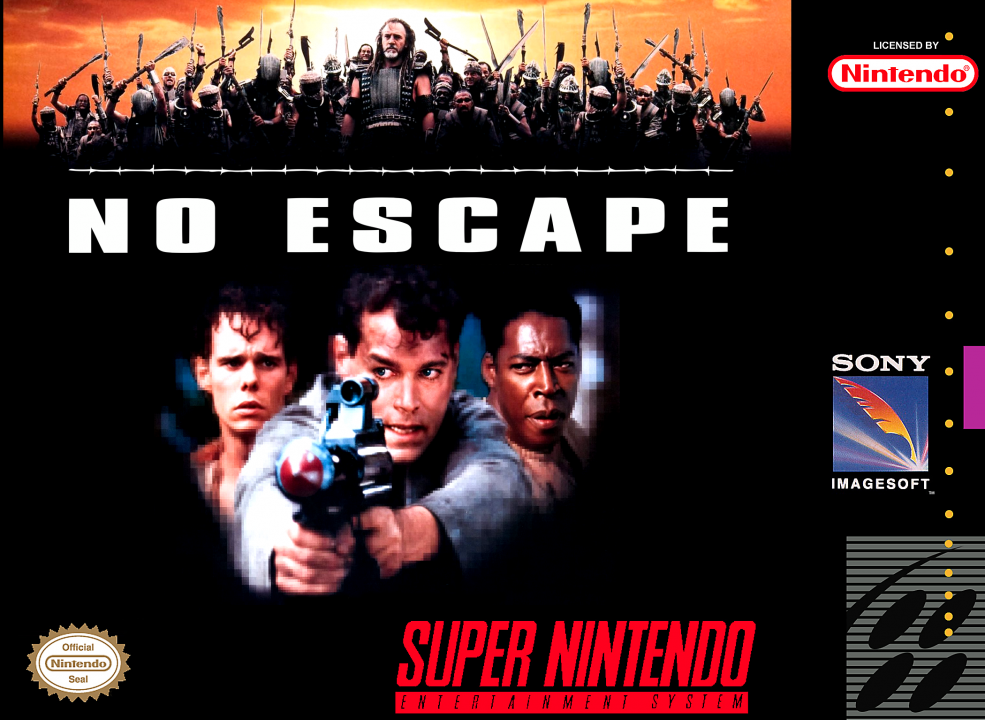 Based on the Hollywood action-thriller, NO ESCAPE puts you in the shoes of Robbins, an inmate on the island penal colony of Absolom. Free to travel anywhere on the island - except off! - you'll come face-to-face with ultra-realistic characters rotoscoped from real actors and confront countless deadly traps. You'll be forced to fight or outsmart gangs of savage Outsiders. Only the Insider's camp gives you a place to rest, exchange information and trade items necessary for your escape. A detailed warden's overhead map lets the players choose which part of the island to explore next. If you gather together the right pieces as you proceed, you'll ultimately confront the final choice... to boldly break free in the prison helicopter or slip quietly away in a specially designed stealth boat. Unlike in the movie, the ending to this story is up to you. -Unique object combination engine which allows players to combine over 90 objects to create traps, weapons and other useful items. -Characters rendered by rotoscoping real actors for highly realistic fighting action. -Player pursues a dynamic, multi-layer journey to obtain objects necessary for his escape, venturing to many hazardous areas on the enemy-ridden island. 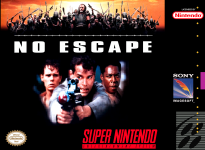 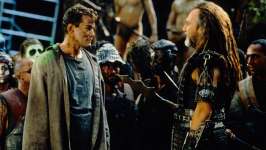