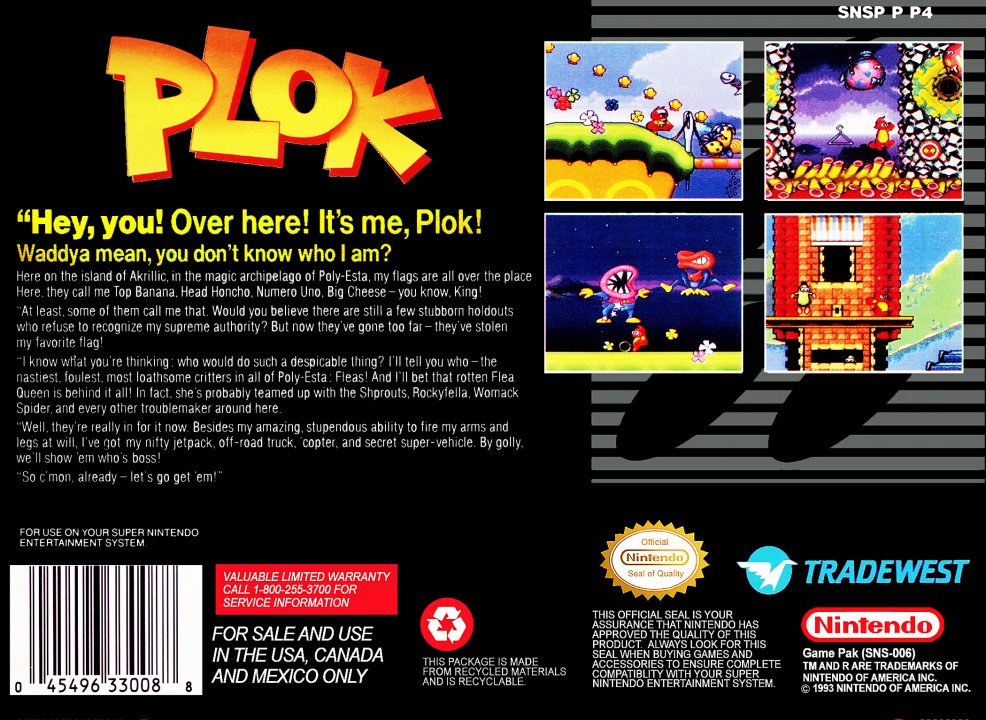 "Hey, you! Over here! It's me, Plok! Waddya mean, you don’t know who I am? Here on the island of Akrillic. in the magic archipelago of Poly-Esta, my flags are all over the place Here. they call me Top Banana. Head Honcho. Numero Uno, Big Cheese-you know, King! “At least. some of them call me that. Would you believe there are still a few stubborn holdouts who refuse to recognize my supreme authority? But now they’ve gone too tar- they‘ve stolen my favorite flag! “I know what you‘re thinking: who would do such a despicable thing? I'll tell you who–the nastiest, foulest, most loathsome critters in all of Poly-Esta: Fleas! And I‘ll bet that rotten Flea Queen is behind it all! ln tact. she's probably teamed up with the Shprouts‘ Rockytellar Womack Spider. and every other troublemaker around here. “Well, they‘re really in for it now. Besides my amazing, stupendous ability to tire my arms and legs at will, I‘ve got my nitty jetpack, off-road truck. ”writer! and secret super-vehicle. By golly. we‘ll show ‘em who's boss! “So c‘mon, already - let‘s go get em!" 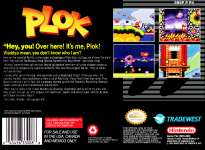 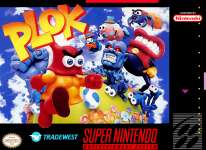