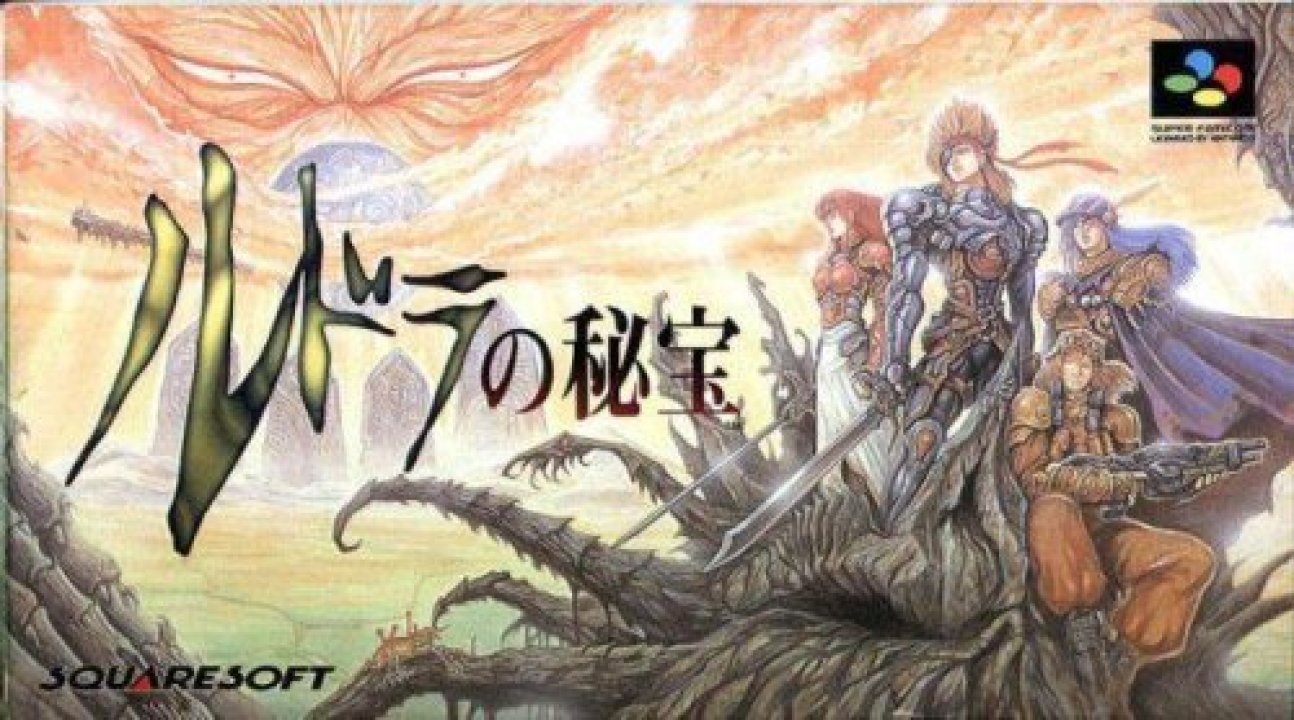 Treasure of the Rudras is a Japanese role-playing game released by Square in 1996, and the company's last developed for the Super Famicom. The Earth is ruled by heavenly powers, who destroy it and create it again every 4000 years, to end the live of powerful races and to let new ones appear. Many years ago, four great races dominated the Earth: the wise Danans, the beautiful Mermaids, the proud Reptiles, and the strong Giants. But those races had to give place to a newly born race: the humans. During the era of the humans, the planet's air has become filled with smog and the water dirty with pollutants. The cult of the Rudra have appeared and begun fortelling the end of the world. As the 4000 year deadline approaches, three characters each embark on their separate yet intertwined quests. Sion is a young warrior who wants to take part in a ritual tournament and become the strongest of the kingdom. However a capture of one of the Cultists of Rudras soon complicates his training. Surlet is a wise magician who is interested in archeology and history of the Earth. He is also a pupil of the famous professor Muench who recently made a very important discovery regarding ancient ruins Riza is a young druid who lives with her grandfather in a quiet village. She was born with a mysterious jade on her forehead, and now feels the urge to save the world from an inevitable, yet unknown disaster. Rundra no Hih? is a turn-based RPG, similar in gameplay and graphics to the better known Final Fantasy VI. Whenever players load the game cartridge, they are able to choose which of the three characters they wish to play. This allows any one of these quests to be saved and put aside for any amount of time, allowing the player to change between characters as they so desire. Regardless of which character is chosen, the game is displayed as a top-view on the overworld and in towns. Players can move around to different locations, search treasure chests and talk to townspeople. On the overworld and in dungeons, random encounters can occur. During battles the game is displayed from a side-view and is turn-based between the player's characters and monsters. Players are able to Fight with their weapon, use mantras (magic), use items, defend or run away. Defeat of monsters will result in the party earning experience points and money, which can be spent to buy new weapons, armor and items. The game's mantra (magic) system is unique in that all spells are formed up of syllables, each with it's own effect (for instance, the syllable "Ig" represents fire and the syllable "ga" augments any mantra's power over it's basic form. Therefore "Igga" is a more powerful version than "Ig" alone). Syllables must be arranged in proper combinations in order to form effective magic spells. Hints towards some of these combinations can be found inside treasure chests or by talking to townspeople. 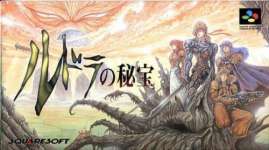 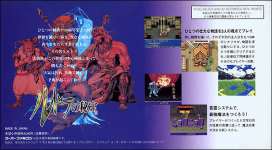 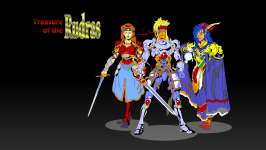 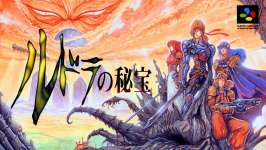