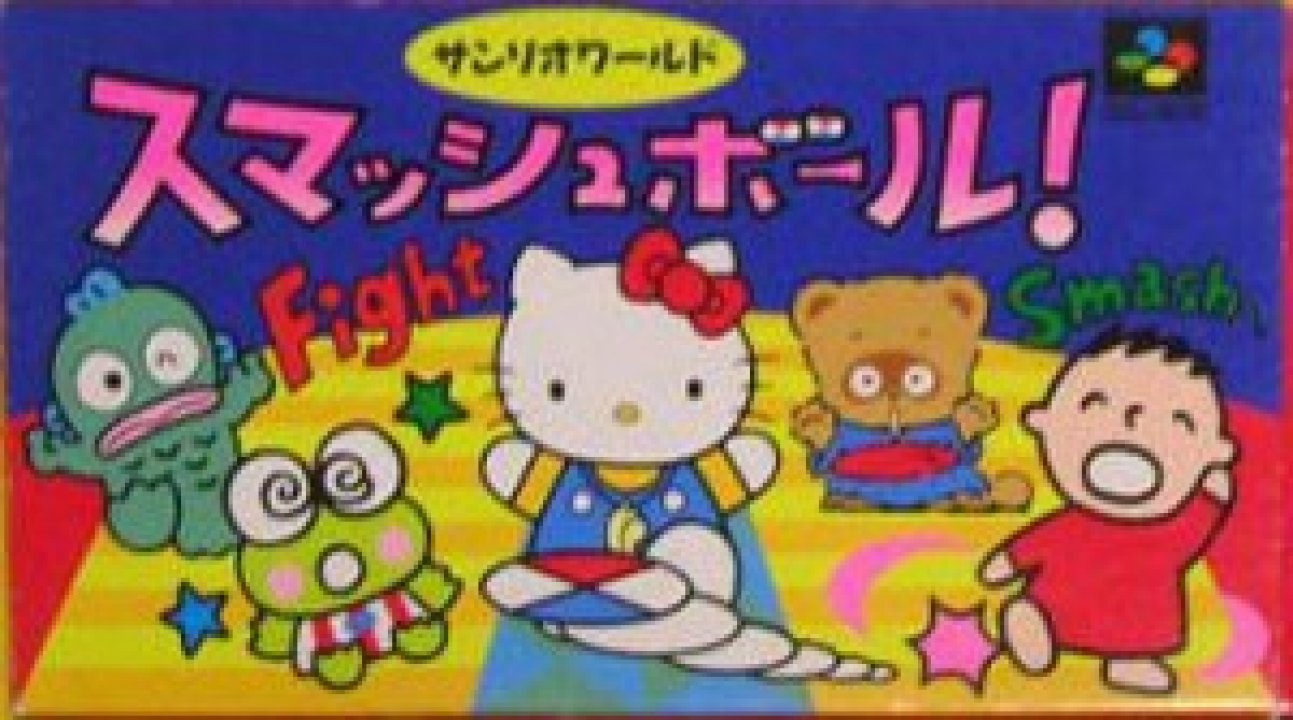 Sanrio World Smash Ball! is a Japanese competitive multiplayer sport game similar to table tennis that uses four playable characters from Sanrio's wide catalog of cute mascots. The most famous Sanrio character, Hello Kitty, acts as referee for each contest. Each arena is subtly different, with multiple configurations of breakable blocks, impassable squares, walls and other obstacles that the two players can use to their advantage to win the match. This video game features gameplay that is a combination of dodgeball and the classic video game Pong. Four characters can be chosen from the select screen: Keroppi, Tabo, Pokopon and Hangyodon. Hello Kitty is not a playable character, she participates as a judge of the matches. Each character has its unique strengths and weaknesses. Keroppi is the balanced character, Tabo has weak blows but in return he is the fastest to run, Pokyopon has the best defense, and Hangyodon has the strongest blows. For the single-player mode there are 30 different levels with different scenarios and "fields", and the difficulty increases gradually. Players can resume their games by using four combinations of passwords. In the multi-player mode there's a selection of 20 arenas. 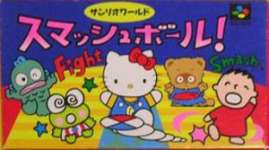