Shanghai II is Activison's follow-up to their first tile matching game. Players try to remove Mah Jong tiles in pairs from a set pattern. Shanghai II has 8 different tile sets, 12 patterns based on the animals of the Chinese zodiac, and a layout editor for creating patterns. In addition to the standard game, Shanghai II also features "Dragon's eye" a 2-player Shanghai varriant. Players take turns adding and removing tiles from a small field with one player attempting to remove all the tiles and the other trying to position tiles to make this impossible. 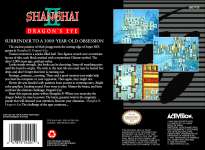 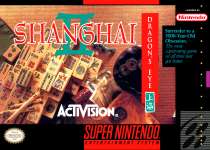