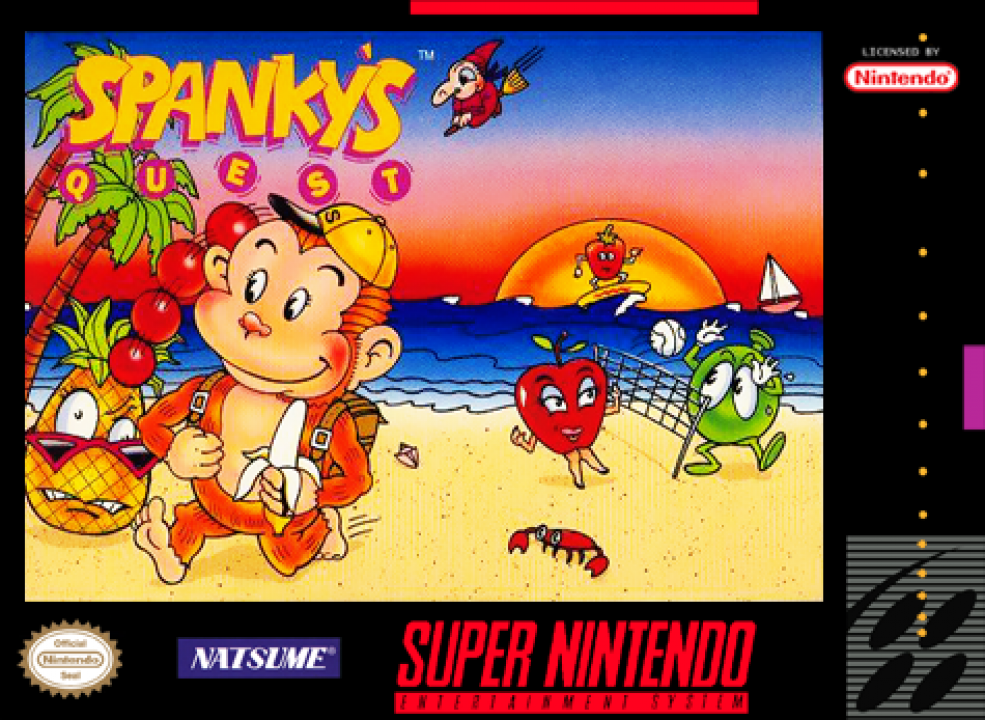 Spanky's Quest is a game about a monkey who decides to go on a picnic. While on his way through the forest he see's a witch in the sky and out of nowhere bricks begin to make a tower around the area Spanky is in. The witch challenges Spanky to come to the final tower and she will free him but before she flies away she turns the fruits in his knapsack into living fruit monsters. Unknowingly, she drops a magic ball which agrees to help Spanky out on his quest. The object of the game is to get through all six of the towers which consist of 10 levels as well as a boss battle. In order to proceed to the next level, you must acquire the amount of keys the locked door requires. Keys are found lying around until a monster picks them up in which case you must use your ball on them to get it. The ball has for different attacks: baseball, soccer ball, volleyball and basketball. In order to attain a stronger ball, the ball must be bounced on Spankey's head. Spanky also gets different hats which give him a specific power until he loses it or the level ends. 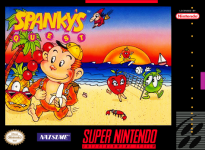