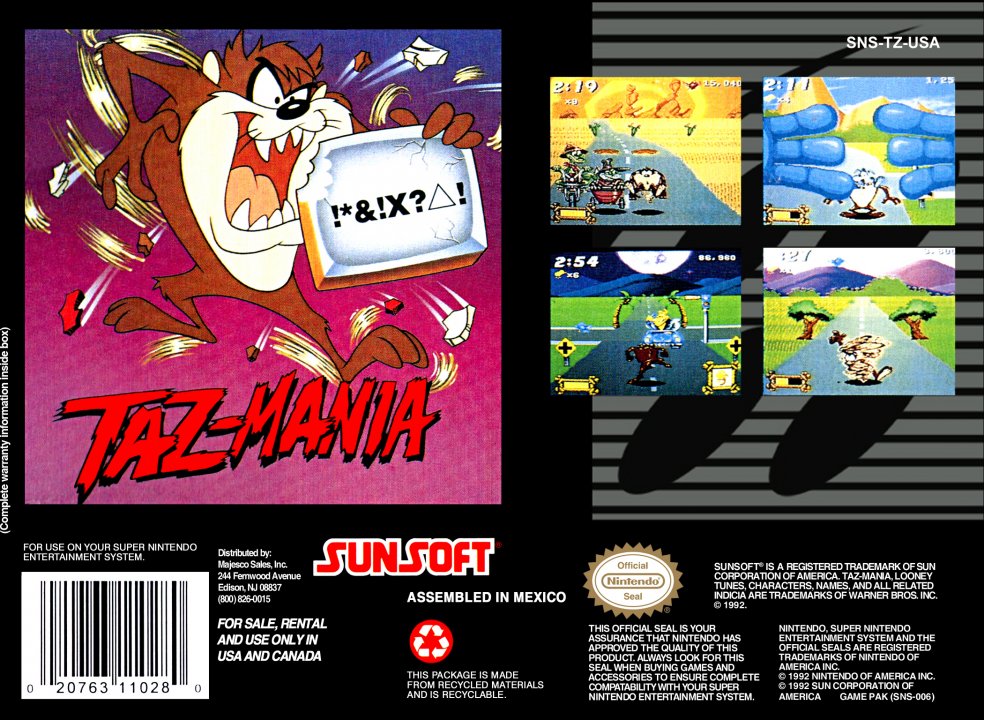 This version of Taz-Mania is different from the side-scrolling versions by Sega, in this version the player controls Taz from a third-person perspective. The goal of the game is to travel down the road, collecting Kiwi's before the timer runs out, avoiding obstacles along the way. The Kiwi's will get harder to catch as the game goes on, jumping over Taz and actually outrunning him at times. Some obstacles Taz faces are trees, telephone poles, tour buses, even pterodactyls who will bring Taz back at the beginning of the level, but also have to avoid characters such as Axl & Bull, a pair of gators who try to capture Taz for the zoo, The She-Devil who is in love with Taz and if the player is caught by her, the game is instantly over and Wendal T. Wolf, who will jump on Taz's back and cover the screen with his hands making it hard to see. You can avoid some obstacles by using Taz's tornado spin, but using the spin will cause Taz's health meter to drop, but it can be refilled by eating Kiwi's along with blue and red birds, bushrats and items thrown to Taz by Didgeri Dingo, but beware, he can also throw obstacles at Taz as well including T.N.T. There is also a bonus stages after completing three levels in which you collect as many items you can in the allotted time to raise the score. 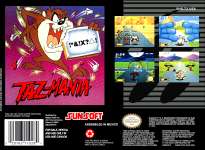 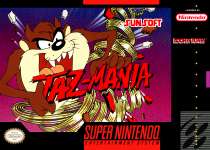 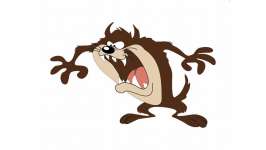 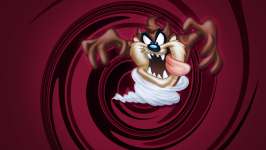