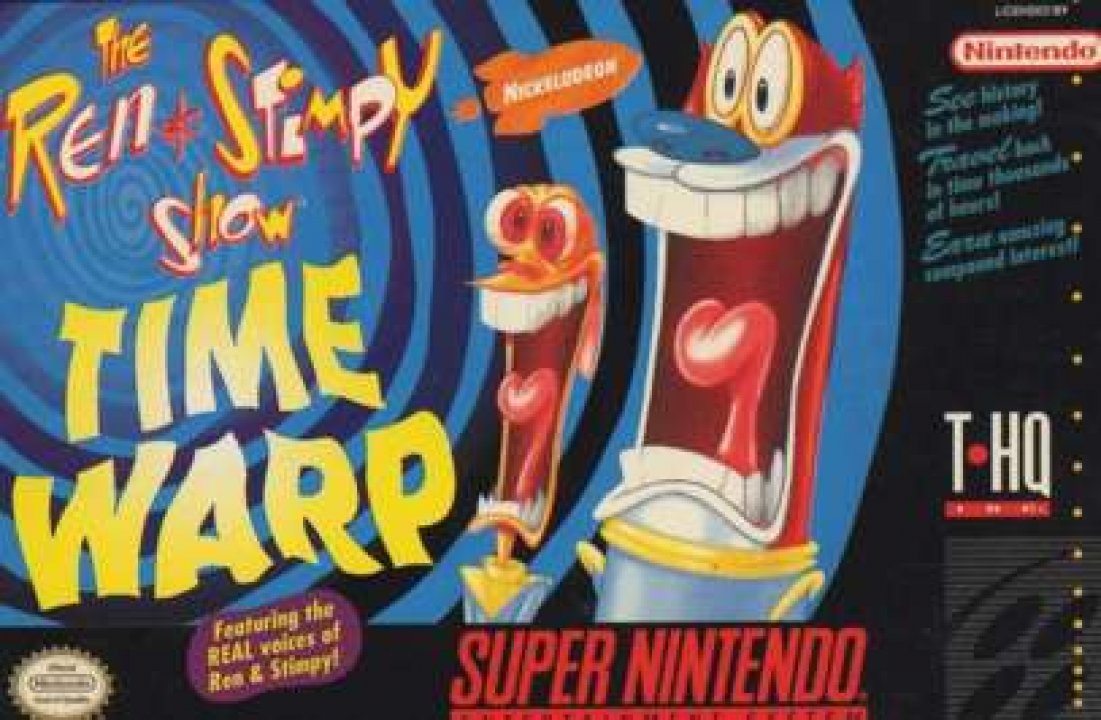 In The Ren & Stimpy Show: Time Warp the player takes command of the comedic duo on a quest through time to stop Stimpy's beloved hero, Muddy Mudskipper, from changing history and ruining space and time. The gameplay is a side-scroller platformer with a mix of side-scrolling shooting stages where the player takes command of a space ship through time portals in between stages. There are five stages to play in: the backyard, the Big City, the Untamed World, a zoo and a haunted house using various crazy weapons like beaver saws and watermelon bows to defeat enemies and their are also items to help them along in their quest such as rubber nipples that are used for climbing walls. There are various obstacles and traps the players must avoid as well, like the Crockostimpy and the Happy Helmet which will temporarily incapacitate the player until it is knocked off their head. Players can pick up health power-ups and earn points by picking up money symbols. It also features the voice talents of Billy West. 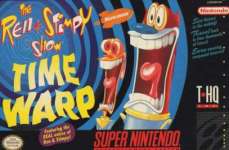