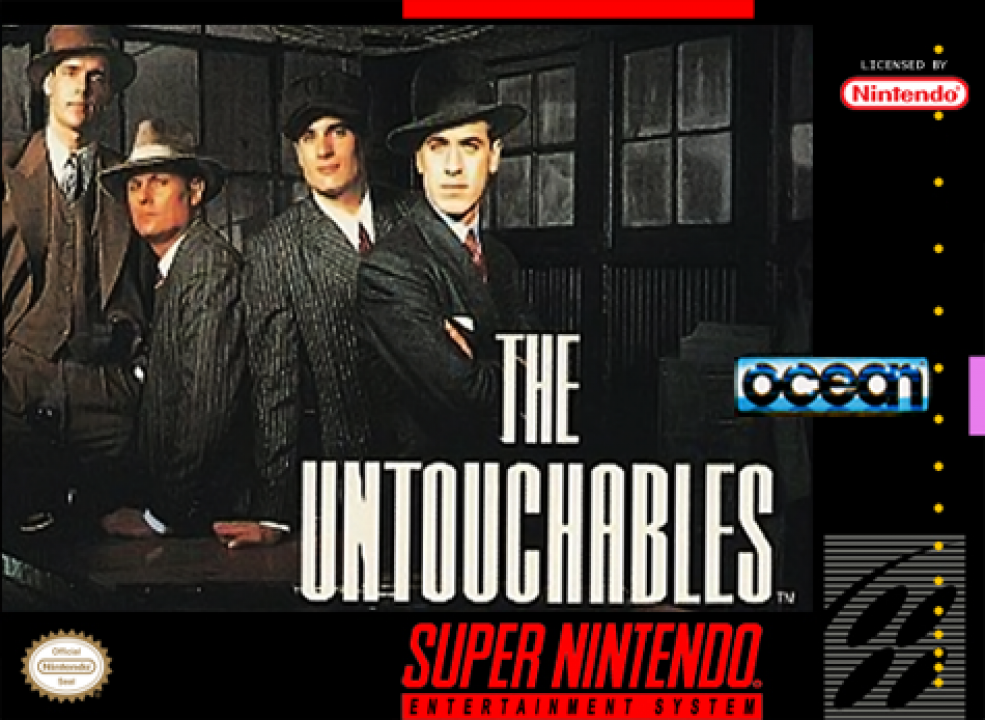 This version of the The Untouchables is different from the other versions. While the other versions are based on the Brian De Palma film starring Kevin Costner, this version is based on the 1993 remake of the original 1960's series that starred Robert Stack. There are five different assignments (missions) to choose from, each with their own set time limit. The first mission is set in the over the shoulder, third-person perspective in an alleyway using a shotgun to take down mobsters hiding in buildings. The second mission is a 2D side-scroller set in a warehouse where the player must defend against gangsters and pick up counterfeiting plates scattered throughout a warehouse. The third mission is a side-scrolling shooter, located on a dock, where the player uses a tommy gun to take out various bad guys scattered throughout the stage. The fourth mission is a top-down shooter located at the top of a courthouse where the player must rescue hostages while defending against various bad guys. The fifth and final mission is a first-person shooter located on the rooftops of Chicago against Al Capone himself. The story is told between missions through old-time looking newspapers that report on the success or the failure of the player's mission. 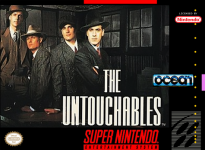