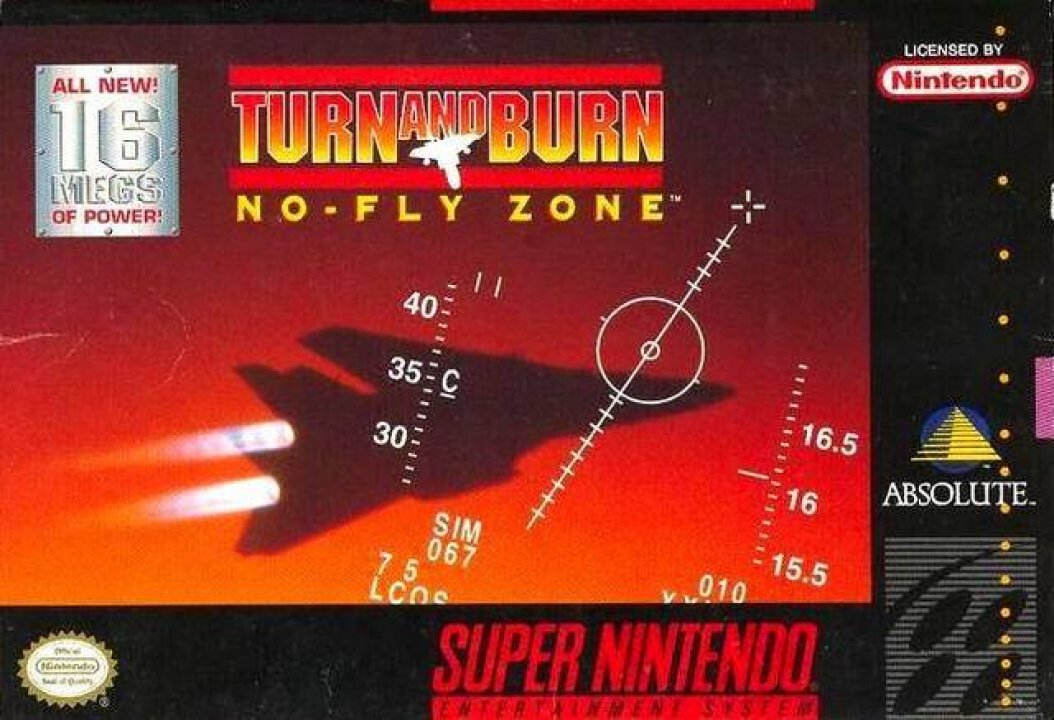 In Turn and Burn: No-Fly Zone the player gets in the cockpit of the famed F-14 Tomcat and launches into a series of sorties on enemy fighters. The game is a simulation with real instruments and gauges and authentic weapons such as Sidewinders, Phoenix missiles and the M61A1 Vulcan Cannon to shoot down enemy fighters scattered throughout the stages. Players also land on their carrier in both daytime and night time missions. The game also features Mode 7 scaling. 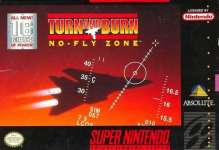