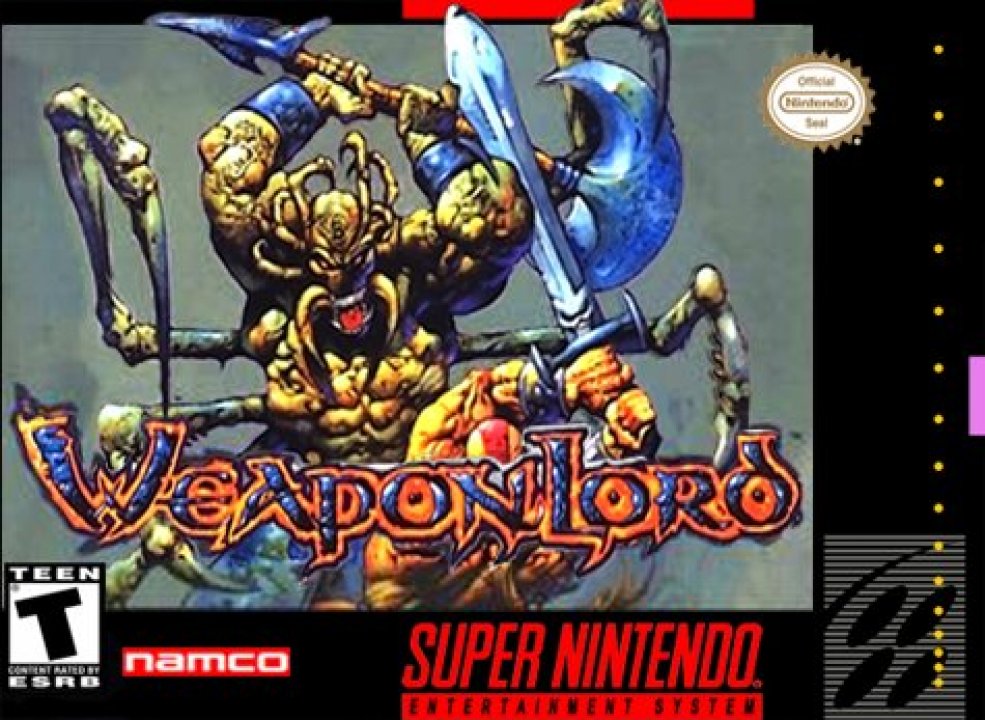 A barbarian battleground. Seven different warriors, eached armed with a unique weapon set forth on a fighting game quest where they will clash and conflict with one another in this fighting game from Namco. Their ultimate foe is the mysterious Demonlord. An early relative of the popular Soul Calibur series, the main claim to fame of this game is the weapon play. Blocking and combos are present along with special "frenzies" of increased attack and death combos. The backgrounds are all hand drawn and meticulously detailed. Each character carries their own storyline with them between arenas, jungles and firey mountains on a quest to oppose the Demonlord. Note: Laid the groundwork for Soul Edge (1995)--the first of the Souls games. Visual Concepts (developers of WeaponLord) would send builds of the game to Namco (the publisher of WeaponLord) to playtest. Inturn, Mace: The Dark Age (1997 arcade)--developed by Atari--heavily "borrowed" from Soul Edge. 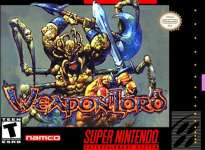 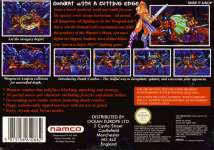 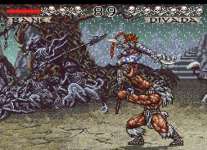 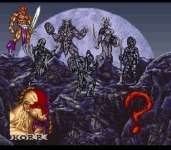