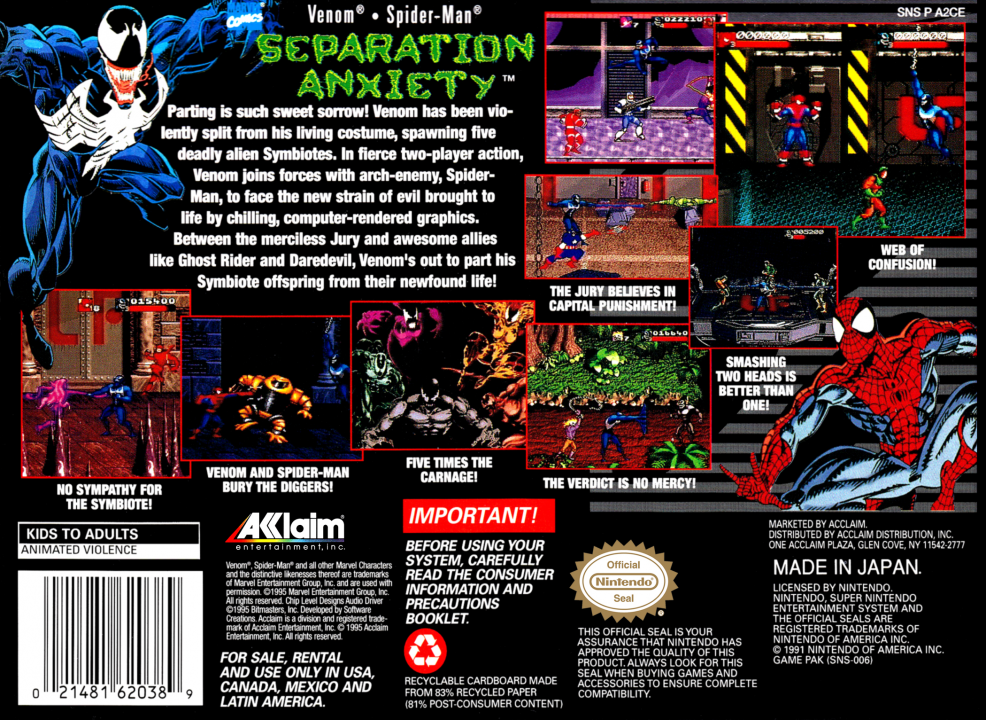 Parting is such sweet sorrow! Venom has been violently split from his living costume, spawning five deadly alien Symbiotes. In fierce two-player action, Venom joins forces with his arch-enemy, Spider-Man, to face the new strain of evil brought to life by chilling, computer-rendered graphics. Between the merciless Jury and awesome allies like Ghost Rider and Daredevil, Venom's out to part his Symbiote offspring from their newfound life! 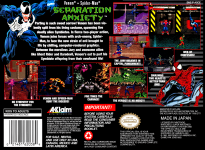 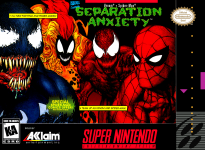 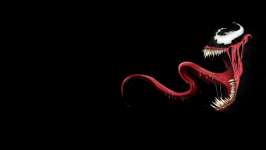 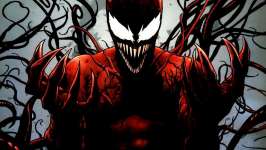 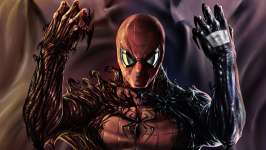