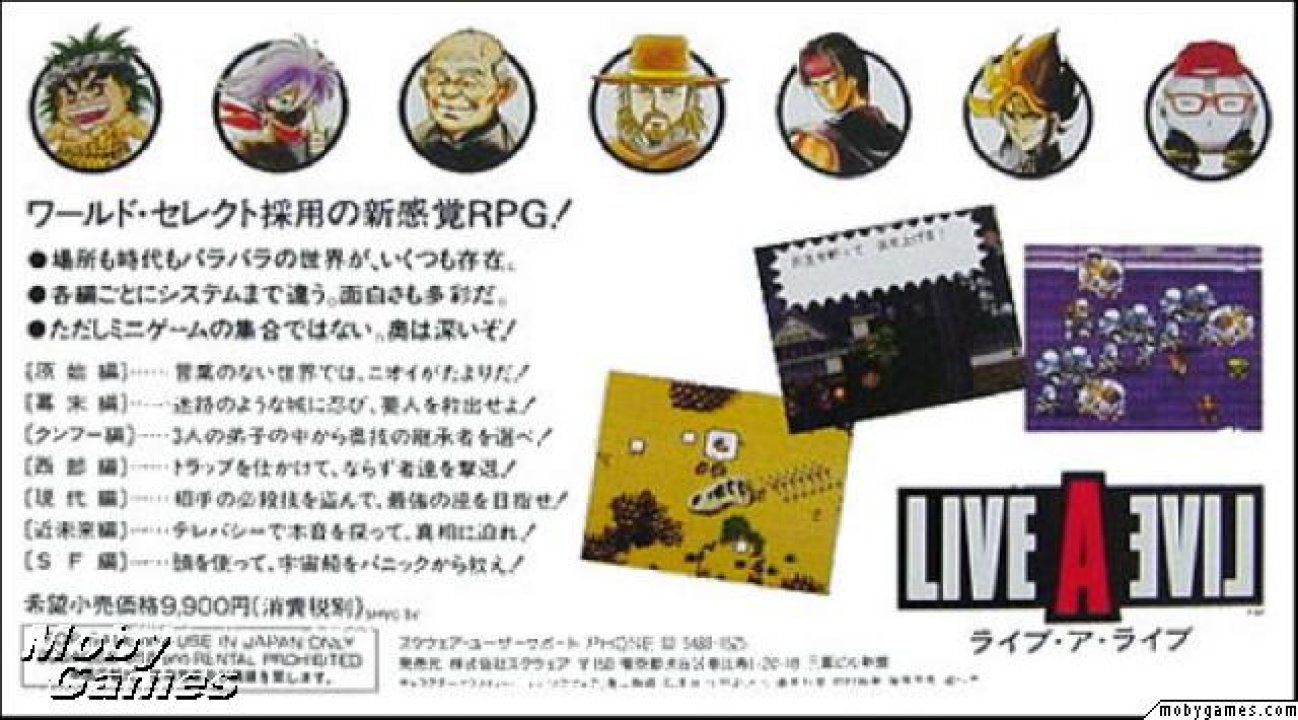 Live A Live is a role-playing video game developed and published by Square for the Super Famicom, and released on September 2, 1994. Live A Live's story is split across seven seemingly unrelated chapters that can be played in any order, based on popular genres such as Western, science fiction, and mecha. Each chapter has its own plot, setting, and characters. Although the basic gameplay is the same throughout the game, each chapter adds a new factor to the basic formula, such as the stealth elements in the ninja chapter. After the first seven chapters are completed, two final chapters take place to establish the connection between the seven previous and resolve the story. 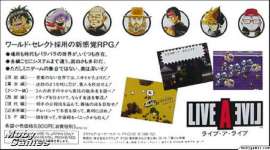 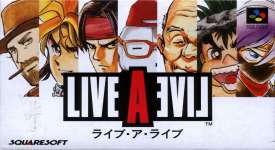