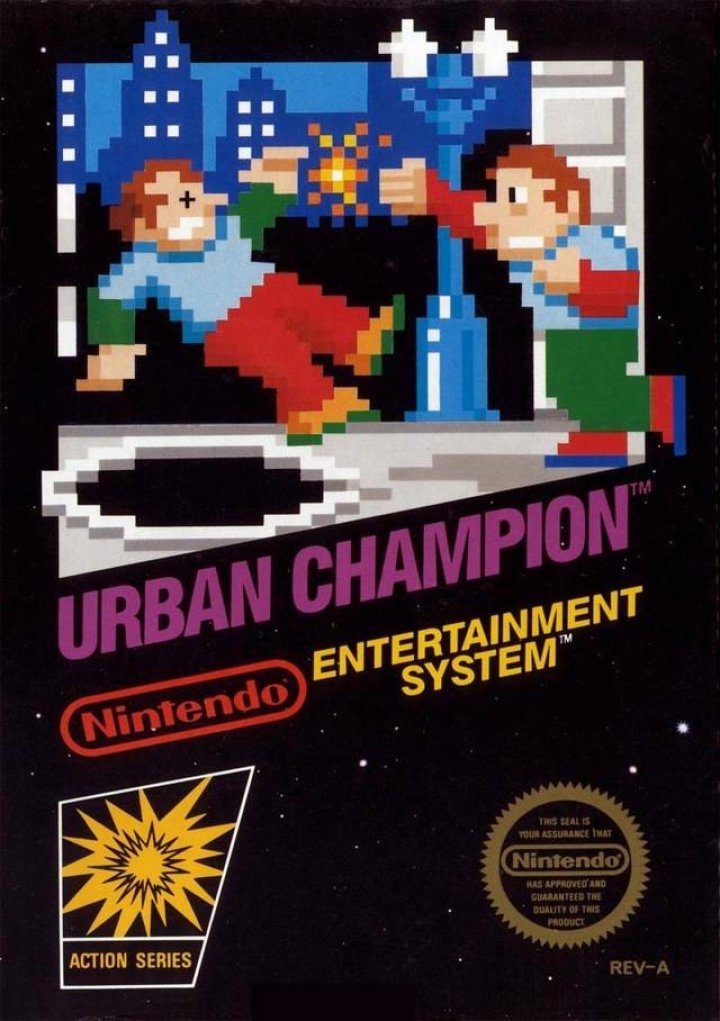 Duke it out with the computer or take on a friend in a battle of brute strength and wits in Urban Champion. You and your opponent each start with 200 stamina points. Flower pots falling from the building above will cause you to lose five stamina points, and you'll lose even more for being punched or kicked. When you've managed to get your opponent's stamina points down to zero, you've won the round. A round can also be won by pushing your opponent off of the screen. Also, if time runs out the losing fighter will be taken away by a cop car, or a player can lose by falling into an open manhole. A match has been won after you've defeated your opponent three times. After winning, you will be declared the Urban Champion. 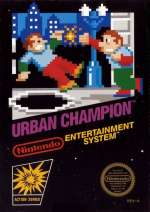 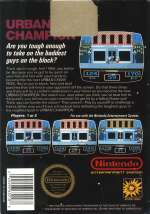