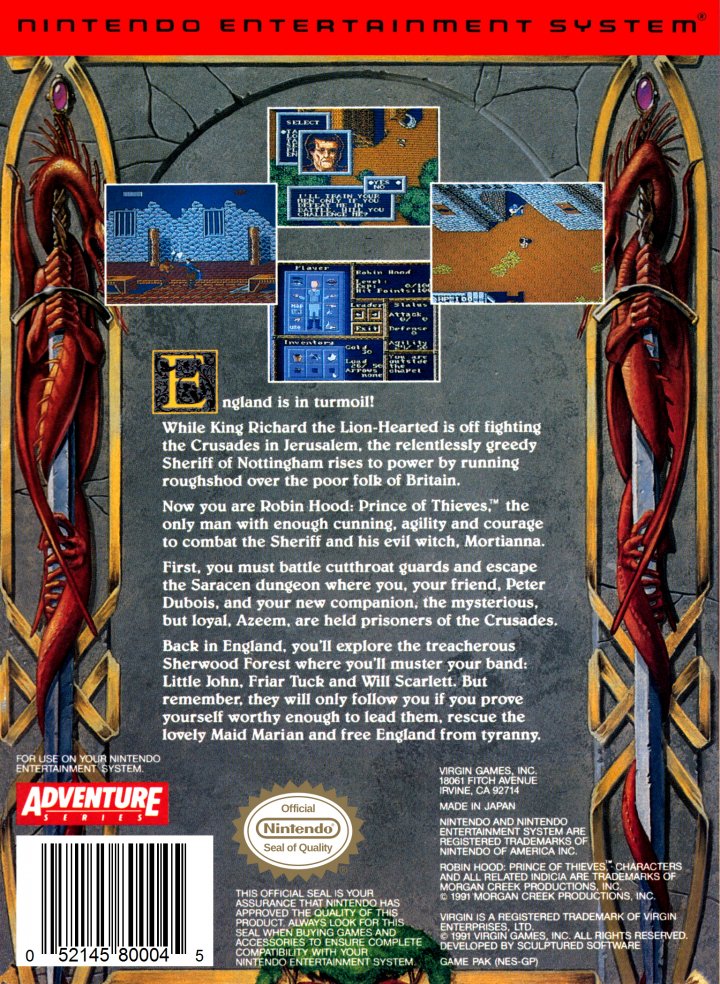 England is in turmoil! While King Richard the Lion-Hearted is off fighting the Crusades in Jerusalem, the relentlessly greedy Sheriff of Nottingham rises to power by running roughshod over the poor folk of Britain. Now you are Robin Hood: Prince of Thieves, the only man with enough cunning, agility and courage to combat the Sheriff and his evil witch, Mortianna. First, you must battle cutthroat guards and escape the Saracen dungeon where you, your friend, Peter Dubois, and your new companion, the mysterious, but loyal, Azeem, are held prisoners of the Crusades. Back in England, you'll explore the treacherous Sherwood Forest where you'll muster your band: Little John, Friar Tuck and Will Scarlett. But remember, they will only follow you if you prove yourself worthy enough to lead them, rescue the lovely Maid Marian and free England from tyranny. 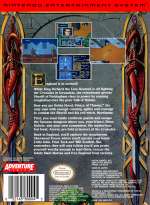 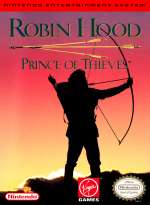