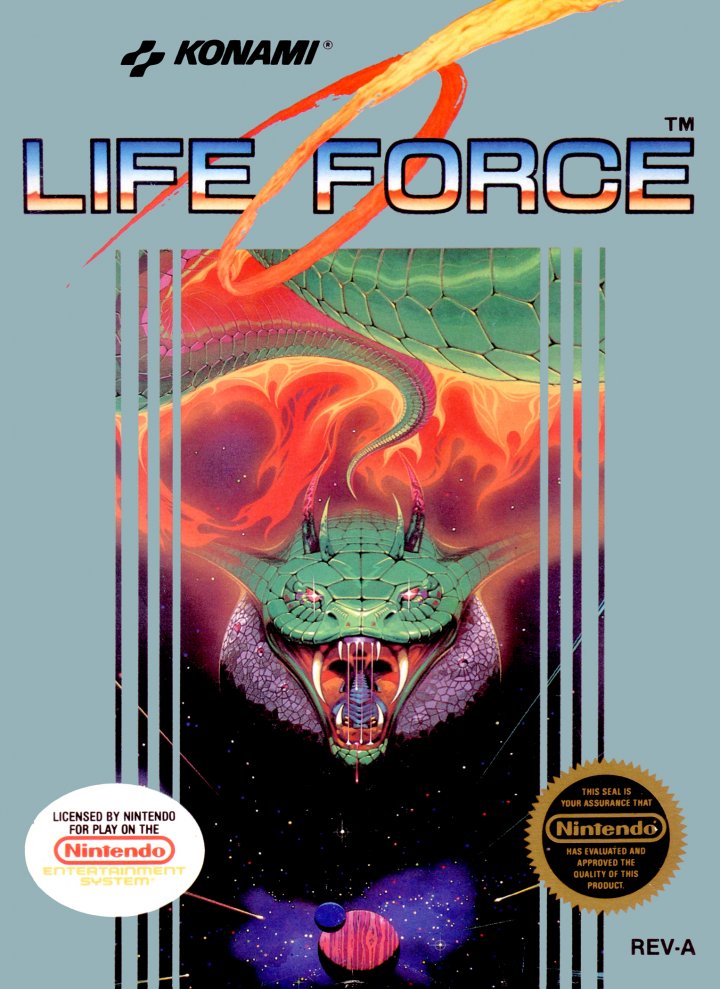 You've saved the innocent people of Gradius from the vile Bacterions. But now an even deadlier plague has slimed into the neighborhood. It's Zelos, an all-engulfing, planet-eating alien who's hungering to take a bite out of you! Only this time you don't have to rescue the millions of Gradians alone. You can call on a starfighter friend from the planet Latis, who'll fight beside you in his RoadBritish space destroyer. You'll both be gunning for max power-ups, with ripple lasers, plutonic missiles and impregnable force fields. But you better be on target. For this isn't your ordinary space scum. And to crush him you've gotta soar through his guts, blast past his death traps and ultimately blow out his heart. Good luck, Commander. The galaxy's counting on you! This game is also known in the japanese Famicom and Arcades as "Salamander". 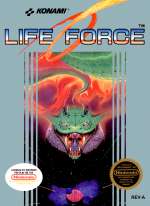 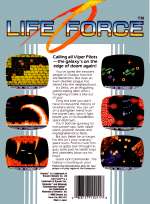 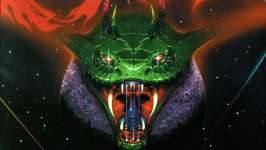 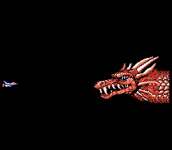 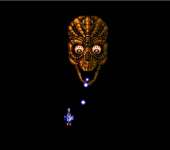 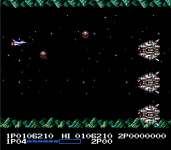 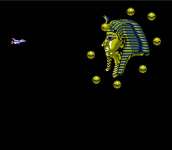 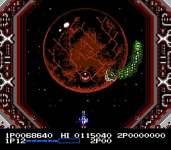 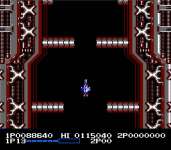 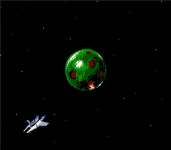 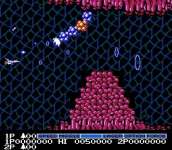