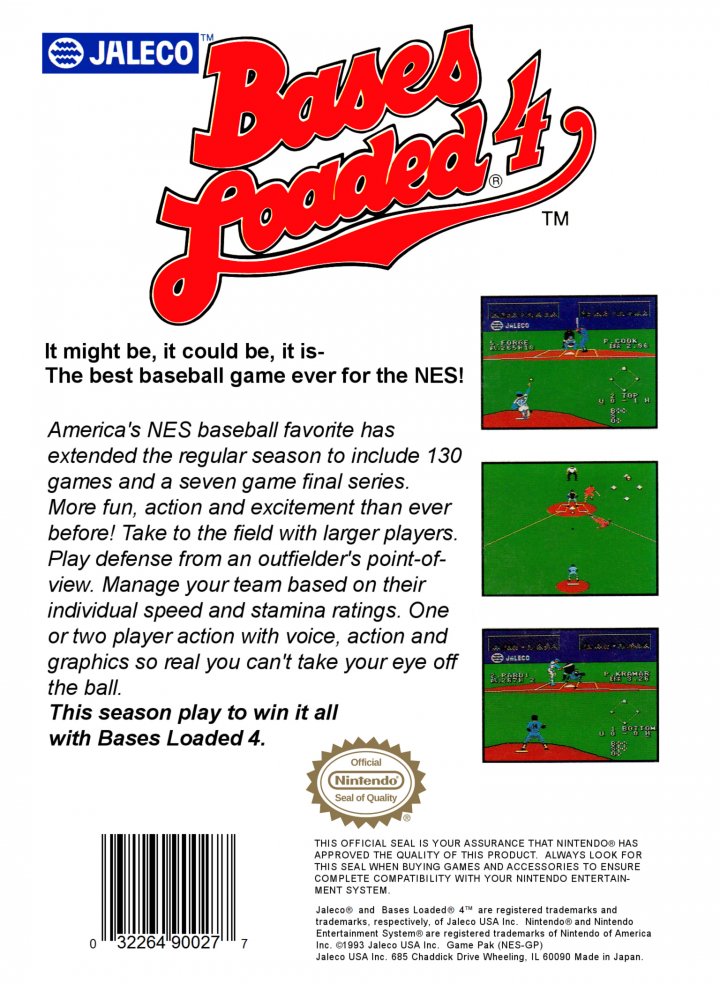 Bases Loaded 4 was Jaleco's last 8-bit entry in the long-running baseball series. The game featured slightly more elaborate animations than its predecessor, and much larger fielders. Removed was the goal to play a flawless game; instead the game featured more traditional modes, including exhibition games and full season play. Geared more toward faced-paced arcade gameplay than simulation, Bases Loaded 4 was not licensed by Major League Baseball or the Major League Baseball Players' Association. Therefore, it did not feature real American (or Japanese, for that matter) teams or players. 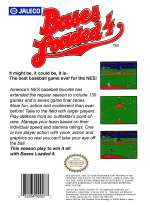 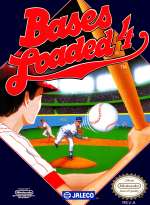 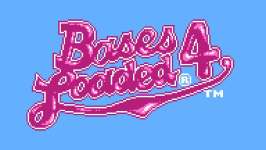 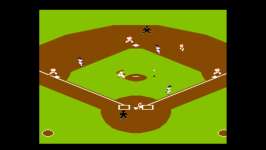