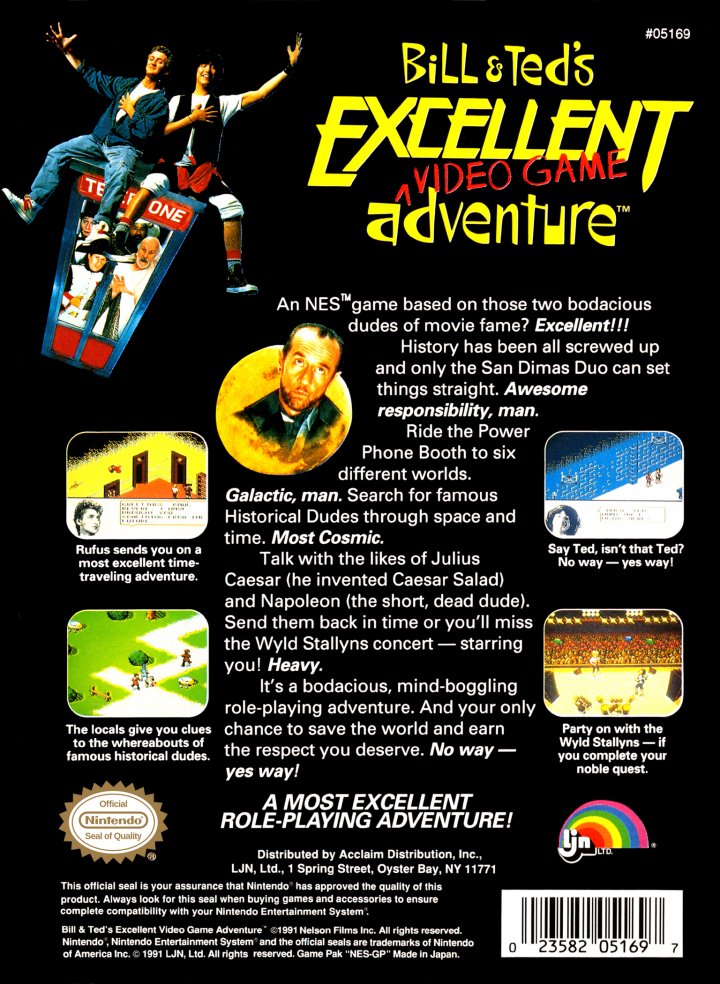 Bill & Ted's Excellent Video Game Adventure is an action-adventure video game that is part of the Bill & Ted franchise and is based on the film Bill & Ted's Excellent Adventure that was released in North America by LJN for the Nintendo Entertainment System in 1991. The game's plot is not an adaptation of the movie, but rather serves as an original continuation to the film's events. The story begins when Rufus summons Bill S. Preston Esq. and "Ted" Theodore Logan for a mission. Both boys arrive at different times; first Ted then Bill. They are informed that time-space rebels have gone back in time, kidnapping various historical figures and leaving them stranded in different time periods. So now they must travel to the time periods, retrieve these figures and return them to their correct time periods. This must be done as soon as possible; for if history isn't made right, the boys will miss the big concert that will launch Wyld Stallyns' music career. Unfortunately, Rufus can only loan out a pay phonebooth for this trip. Once the mission is explained, Ted leaves and Bill arrives later. Rufus states that since they both came alone, it's best that they work separately. From there Bill is brought up to speed on the situation. Bill is instructed to go back in time and leave items to help Ted along the way in each time period he visits. When Bill has done this he will start his own search. Ted will also do the same for Bill's search after he has found a historical figure. 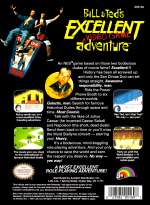 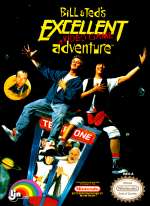 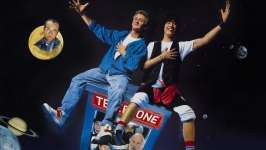 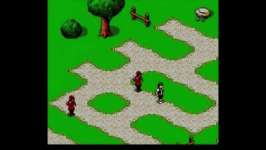