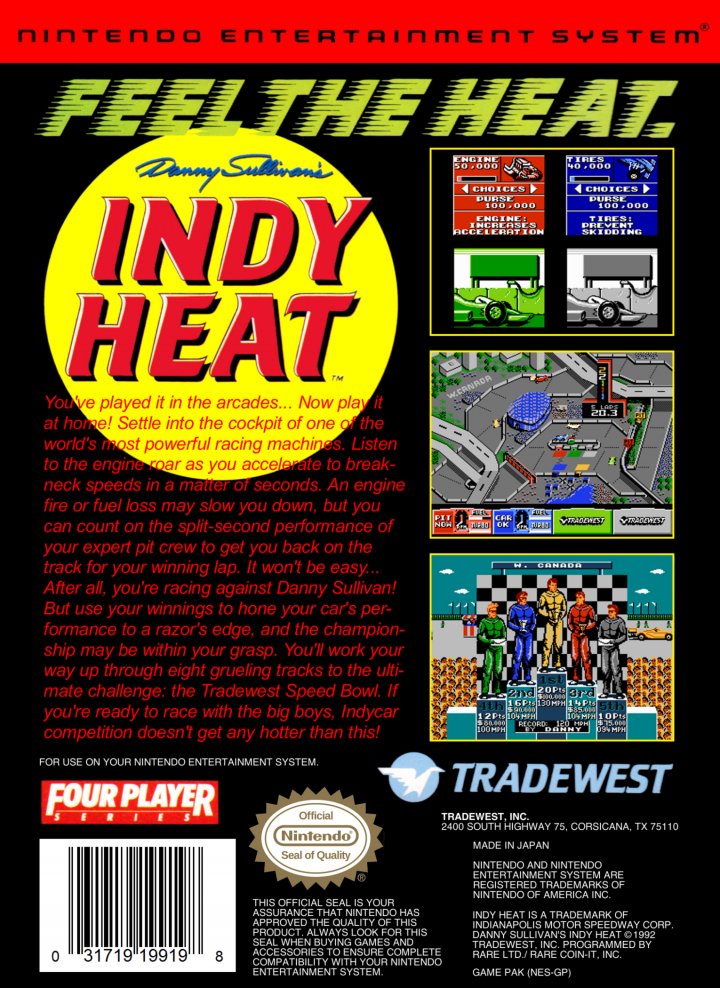 Indy Heat featured four-player capability and was similar in gameplay to Super Off Road. Players earned money based on their race finishing positions, which was spent on improving their car. The race season culminated with the Tradewest Speed Bowl, which loosely resembled the Indianapolis 500. 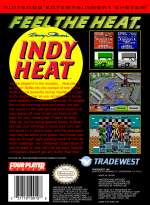 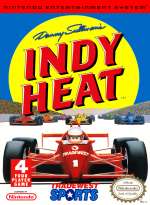 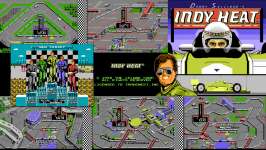