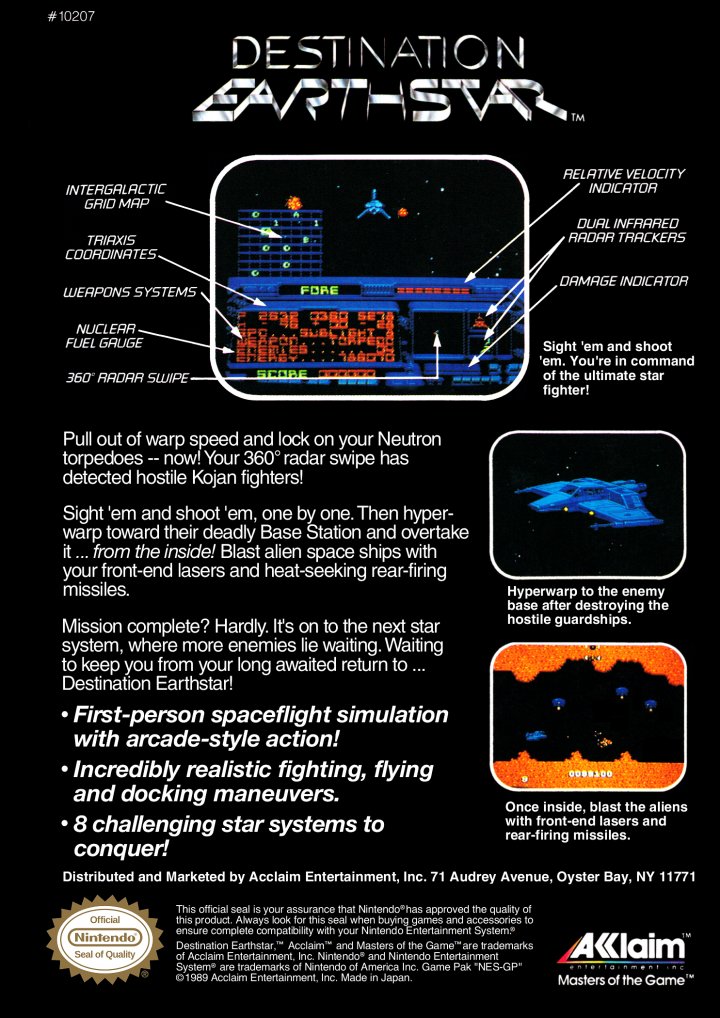 The view of the game is from the cockpit of a spacecraft. The goal of the game is to explore a grid which is displayed on screen in search of opponents to destroy and to land on planets some of which refuel the energy and refill ammo to the player's arsenal of weapons which consist of his photon laser. This is his primary weapon while the torpedoes become his second weapon. After the player has destroyed every enemy that is on the grid, a number will be indicated. This number represents how many enemies are in that quadrant of the grid. After blasting numerous enemies, the player will finally be able to go to the planet labeled "B" on the grid. These planets are unlike the other planets as they do not refill the player's vehicles energy or ammo. Rather, they are an enemy base that proceeds with the player entering a 8-bit cutscene of his space craft entering the base's gravitational orbit with the game play changing from a first person cockpit you had on the grid stage to a horizntal 2D shmup stage similar to Konami's Gradius or R-Type. Using this perspective, the player can fire projectiles from the front or back of his ship. 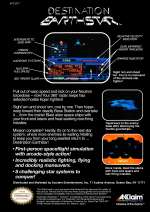 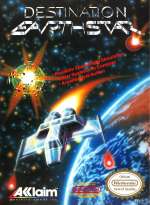 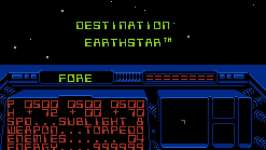