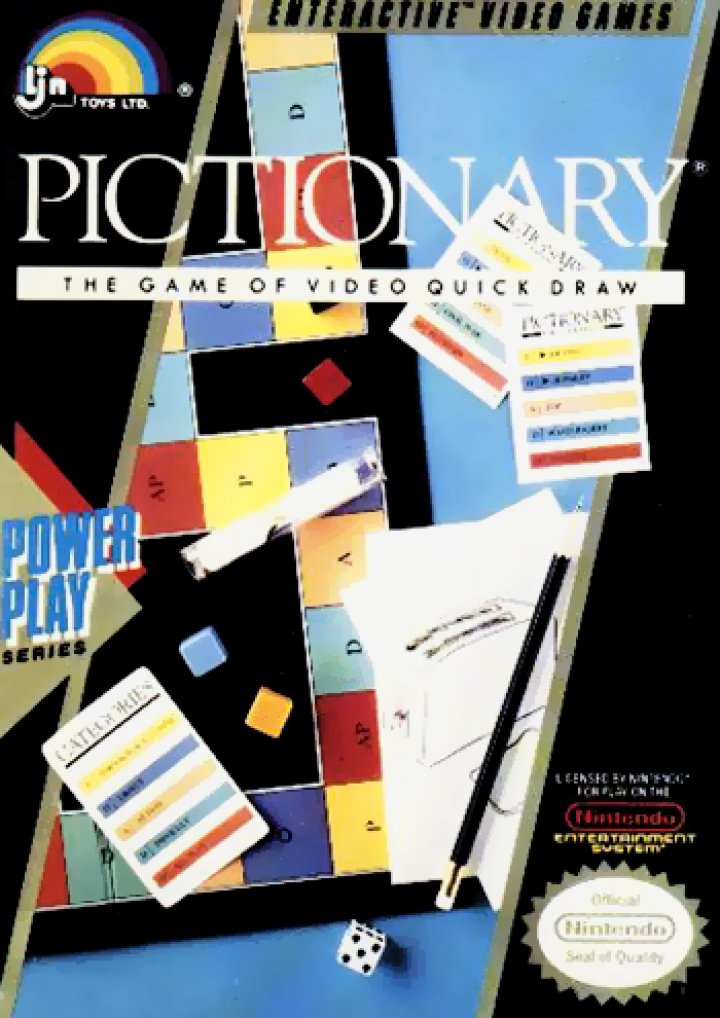 The excitement of one of the America's most popular party games comes to the NES with Pictionary. Not only are the elements of the board game there, but so are several picture-based mini-games. Additionally, this version can be played solo, whereas the board game requires at least three people. The basic objective of Pictionary is for a person on a team to try and illustrate a word he or she has been given using only drawings. The team must guess what is being illustrated within a certain amount of time. As a reward for guessing the puzzle correctly, the team gets to advance on a board. The team that makes it to the end of the board first wins. In addition to the classic drawing aspect to the game, there are also four mini-games to be played in order for a team to win. These include "Attack of the Paint Zombies" (similar to Space Invaders), "The Warehouse Shuffle" (moving crates from one side of a warehouse to another as gremlins try to steal them), "Four Alarm Rescue" (catching people as they jump out of windows), and "Leapin' Energy Casules!" (capturing energy balls to fuel your spaceship). There are also other game modes that enable you to use cards you may have for an actual Pictionary board game or a practice mode enabling you to simply draw. 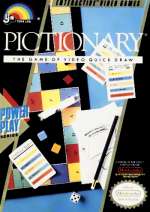 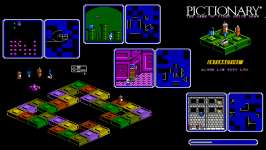