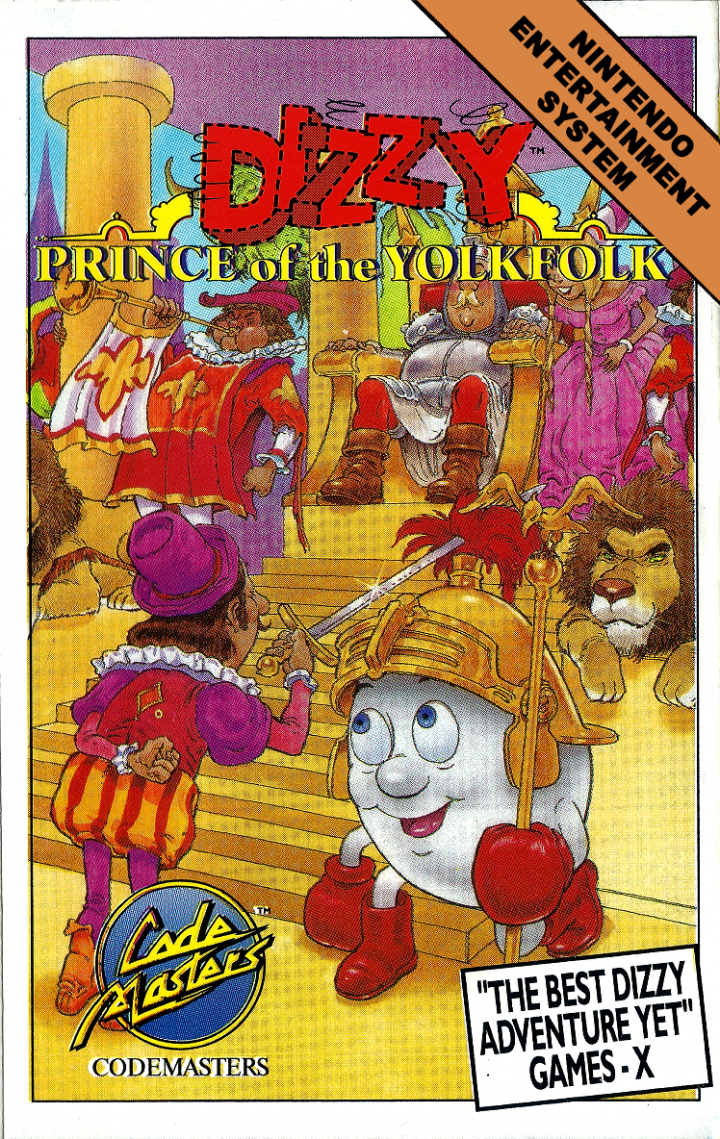 Grand Dizzy was feeling very down one day, so Dizzy and Daisy decided to cheer him up by baking him his favourite food, cherry pie! So off went Daisy to get some cherries from her cupboard and there were none to be seen! "Pogie's pinched the cherries!" she cried, as she saw Pogie's pawprint in the cupboard. "That darned fluffle. Come here you!" and Pogie promptly darted off into the enchanted forest to escape Daisy's rage. Dizzy and Daisy decided to go into the forest to catch Pogie and gather some more cherries at the same time. Whilst searching for Pogie they got lost and found a castle, where they thought they would find help, but it seemed deserted. They looked in the castle for Pogie, but Daisy caught herself on a mystic spinning wheel. She started feeling really sleepy, so she found a bed and went to sleep. "Wake up Daisy, wake up!" shouted Dizzy. But before he could wake her up, Rockwart the troll caught him and locked him up in an underground prison! Now Dizzy must escape, wake up Daisy from her enchanted sleep, defeat Rockwart, and find the cherries along the way. 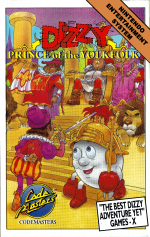