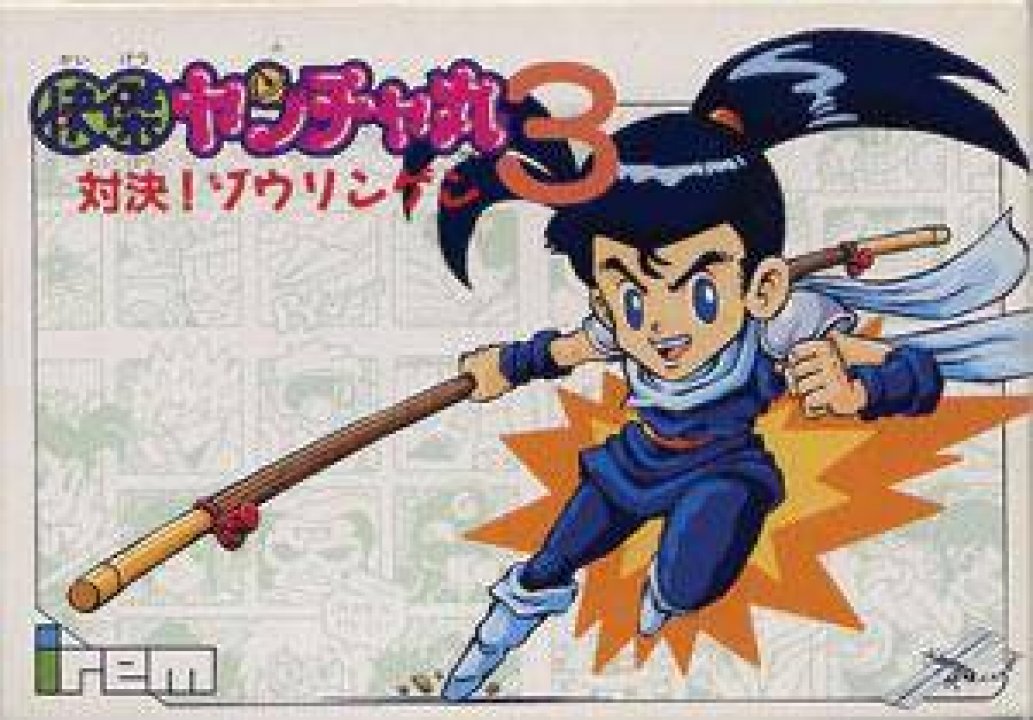 The princess has been kidnapped again, this time by a pair of menacing-looking figures. Locked in a tower, she manages to write a plea for help on a scrap of paper and then sends a paper airplane out of her prison. Miraculously, it reaches her boyfriend Yanchamaru who, being the upstanding samurai that he is, immediately sets out to save her. Kaiketsu Yanchamaru 3 is the final sequel to Kid Niki and is a significant departure from the first two games. Not only does the game feature full four-way scrolling and large maps to explore, but Yanchamaru himself sports a completely new look and numerous new abilities. His trademark spinning sword now seems to more closely resemble a b?, and Yanchamaru can now use it to shoot waves of energy at foes, bounce on the end, spin in place, and even launch off of walls and corners. Taking a cue from Mega Man, he also now has the ability to slide through narrow spaces and underneath dangerous spikes. Each stage contains numerous keys and locked doors. Any key will open any door, and it is possible to complete a stage without even finding all the keys and doors. The final door in each stage leads to the boss room. After clearing each stage, your performance is tallied, and depending on what you did, bonuses such as points or lives are given. 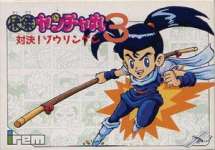