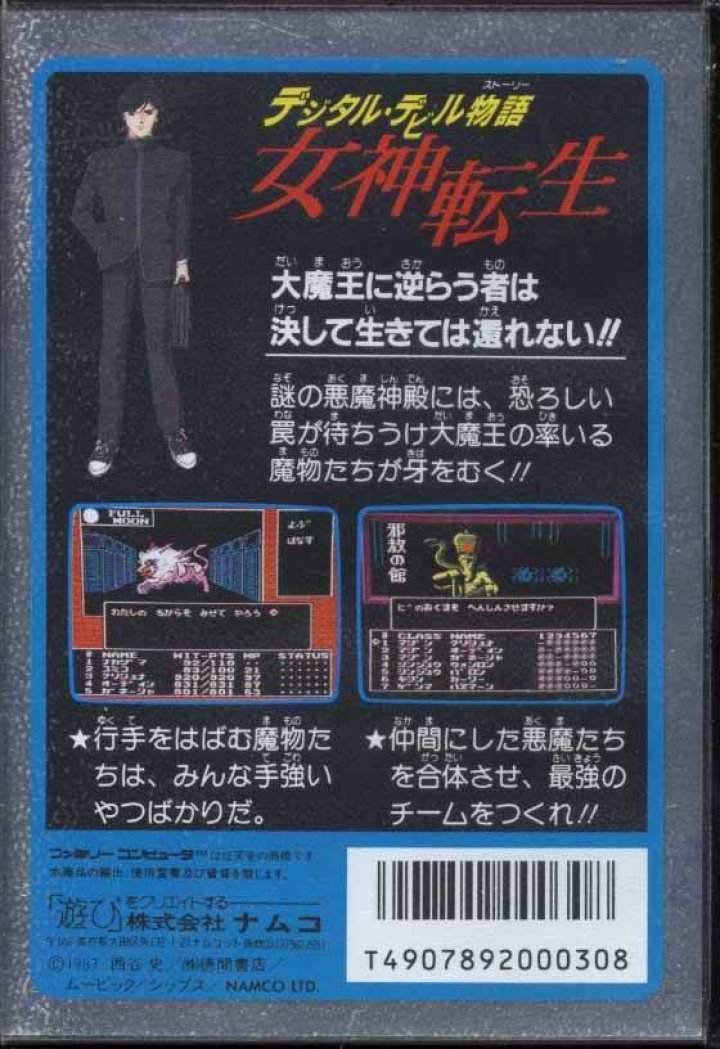 Digital Devil Story: Megami Tensei is the first game of the popular Megami Tensei series of role-playing video games. It is based on the novel Digital Devil Story by Aya Nishitani. Although Atlus has published a majority of the series, the first two games were created by Atlus but published by Namco (known as Namcot at the time), after it bought the video game rights to the Japanese horror novel series by Aya Nishitani, the first named Digital Devil Story.[1] This game is a role-playing video game that features extensive dungeon crawling and focuses heavily on demons, which have gone on to become a trademark of the series. 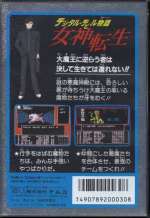 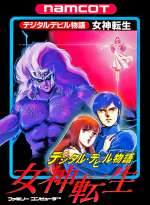