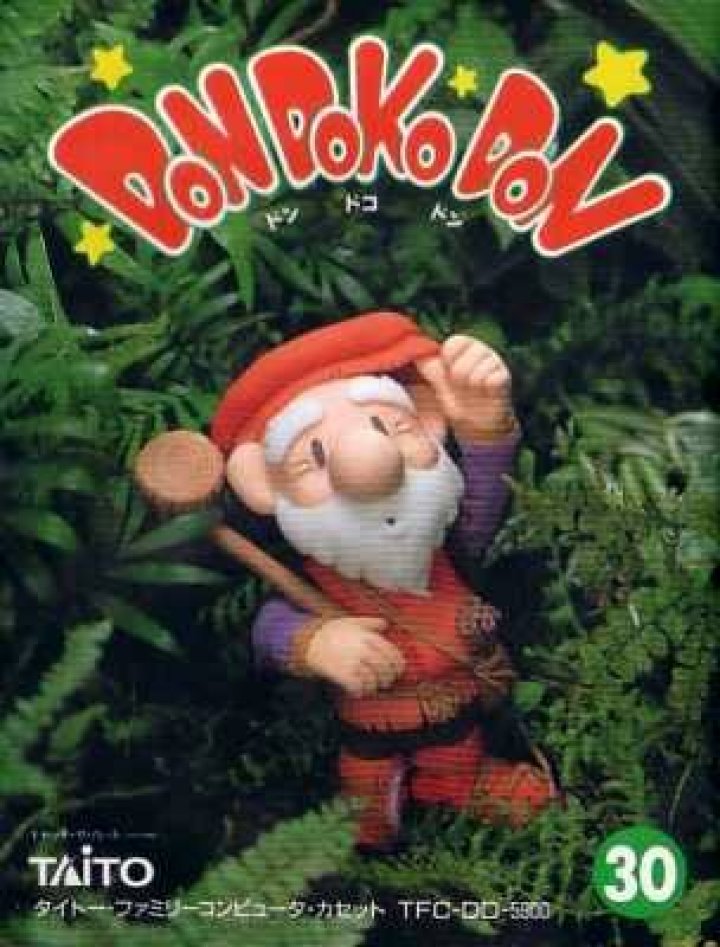 The players are bearded dwarves who must defeat various enemies by using a mallet to stun them. Players can pick stunned enemies up and throw them at other enemies to destroy them. Destroyed enemies leave behind fruit which can be collected for points. Once all enemies are destroyed play proceeds to the next level which is generally more difficult. Throughout the game, various power-ups can be collected, which represent potions, hammers, or books help the players' character speed up, receive more power, or kill in different ways. In certain screens various secret levels can be accessed. This game is a port of the Arcade game of the same name. A sequel called Don Doko Don 2 was made for the Nintendo Entertainment System which, unlike this game, is more of a standard side-scrolling platformer. 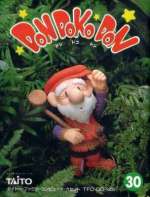