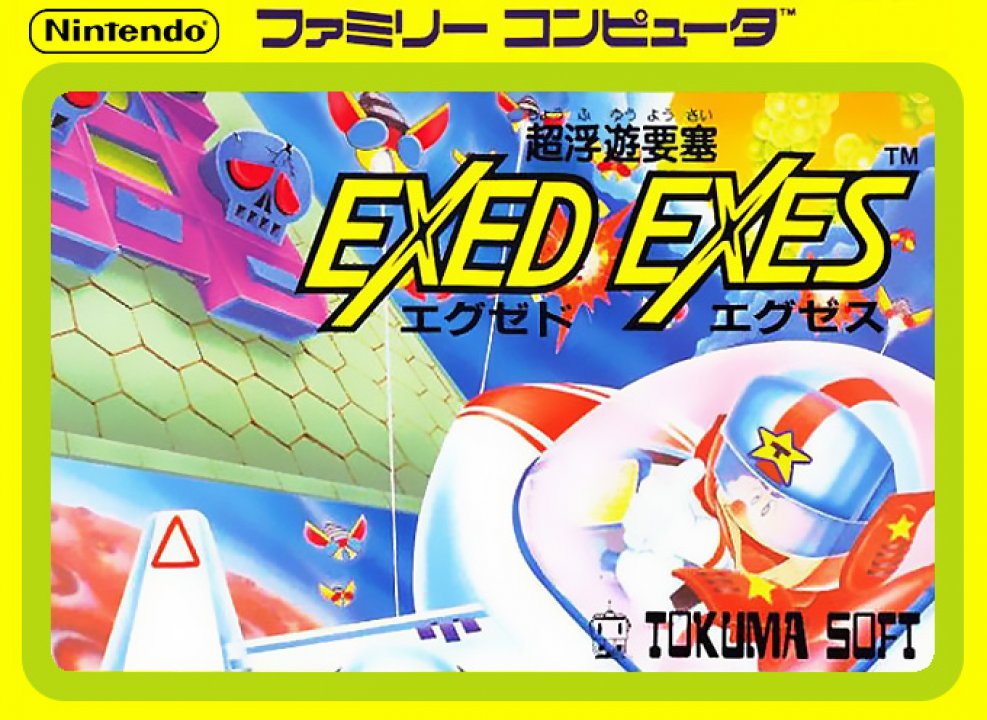 On a planet 6000 light-years from earth, there were creatures called Exes, which resemble large insects, that were used for industrial purposes. However, these creatures one day took to revolting against their creators. Two battle machines have been sent to fight against the Exes, known as Colonel and Sargent. The Exes are nearing completion of their secret weapon, Exed Exes, and they must be defeated before this is allowed to happen! Exed Exes is a basic vertical scrolling shooter; the game scrolls forward, and the player can maneuver their ship around the screen to shoot enemies and avoid attack. POW icons sometimes appear that can power up the ship or turn enemies into fruit that are worth extra points. The game can be played either solo or two-player cooperatively. 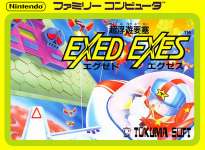