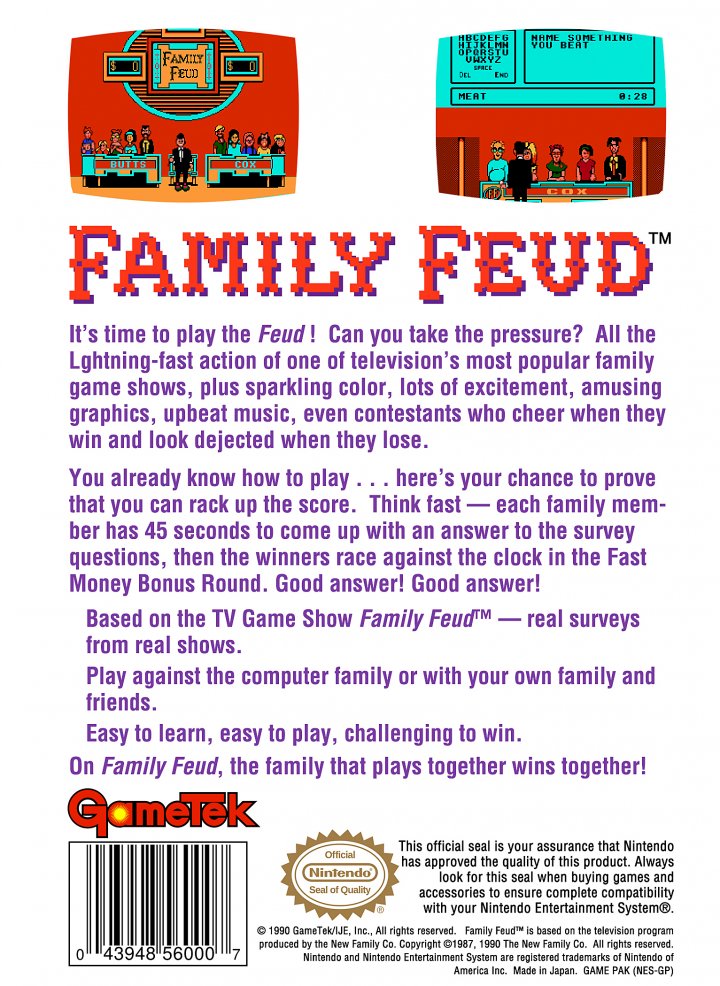 In the NES version of Family Feud, the game tried to recreate the look and feel from the original Richard Dawson-hosted series, even going as far as to include a Dawson-like host who kissed the female characters in the game. (This differed from the game's packaging, which used the set from the Ray Combs era.) One or two players could play. Just like the show, the object was to come up with answers to survey questions posed to 100 people. Correct answers were worth money, with $200 winning the game and the right to play Fast Money for $5,000, which was played exactly the same way as on the show (at least 200 points needed to win). $5 a point was awarded for unsuccessful playings of the round. A player entered his answers by using the controller to scroll through the alphabet, contained in a string along the bottom of the screen; the answer had to be completed within a time limit. Reasonable similies to correct answers were accepted, and slight misspellings were also recognized. Once a player won, they were given two options. The first was to stop playing, with the other being to continue on. A champion retired after winning over $20,000 automatically unless they were defeated. If a computer-controlled family wins the game, no Fast Money is played with an excuse given to the form of "Due to (EXCUSE), the (NAMES) will not be playing Fast Money today". Excuses used include "tax considerations" and "a birth in the family". 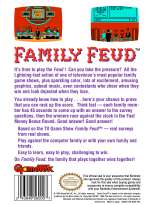 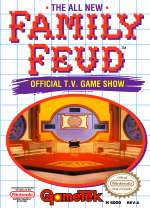