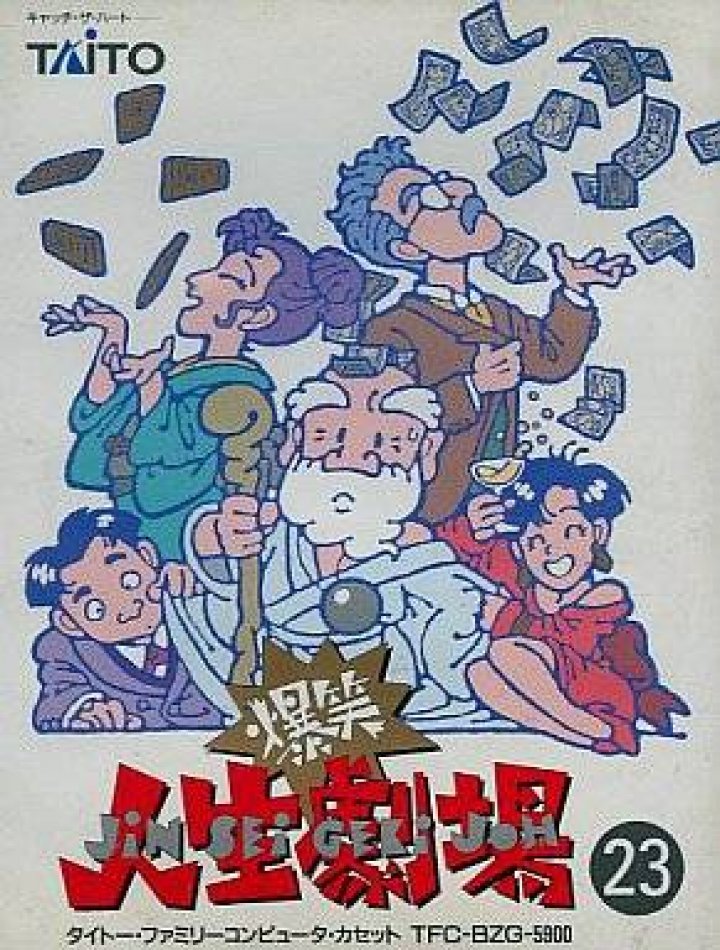 The first game in the Bakushou!! Jinsei Gekijou series and is a four-player NES board game simulation that plays like Milton Bradley's The Game of Life. It was only released in Japan on March 17th 1989. Bakushou!! Jinsei Gekijou ("Hearty Laugh! Theater Life") is the first game in a long-running series developed and published by Taito for the Nintendo Entertainment System in Japan that allows players to live an entire lifetime, moving through various stages of life and accruing as much wealth as possible. It is based on the Jinsei Game, or The Game of Life as it is known in the west. Up to four human players take turns moving around a board by a number of squares as indicated by dice rolls and make various life decisions, or are passively shown events happening to them, which determine their success. The game was followed by two sequels for the NES and four for the SNES. 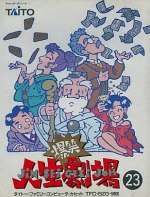