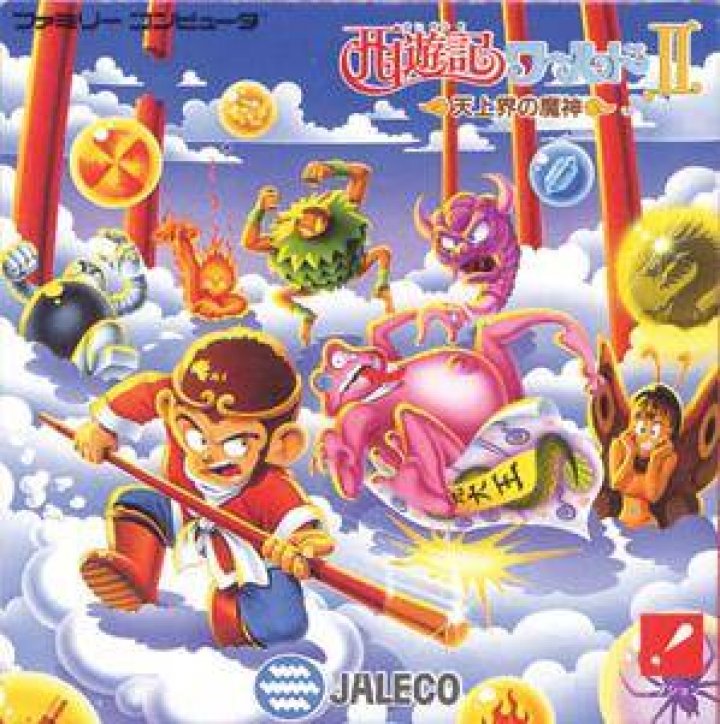 "Saiyūki World 2: Tenjōkai no Majin" is an action platformer, akin to many games at the time. The protagonist is Sun Wukong, the King Monkey, one of the most popular characters in the Chinese culture. After completing the first stage, the player can play the other six in any order. Each of the stages revolve around elements, such as fire and water. After each stage, the player gains a new weapon, much like in the original Mega Man series, which was extremely popular at the time. The game was released with thematic and graphical changes as "Whomp 'Em" for North American audiences. "Saiyūki World 2: Tenjōkai no Majin" (as well as Whomp 'Em) and the prior Saiyuki World (which was an adaptation of Wonder Boy in Monster Land) are based on the Journey to the West novel. 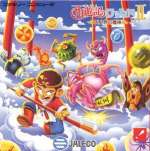