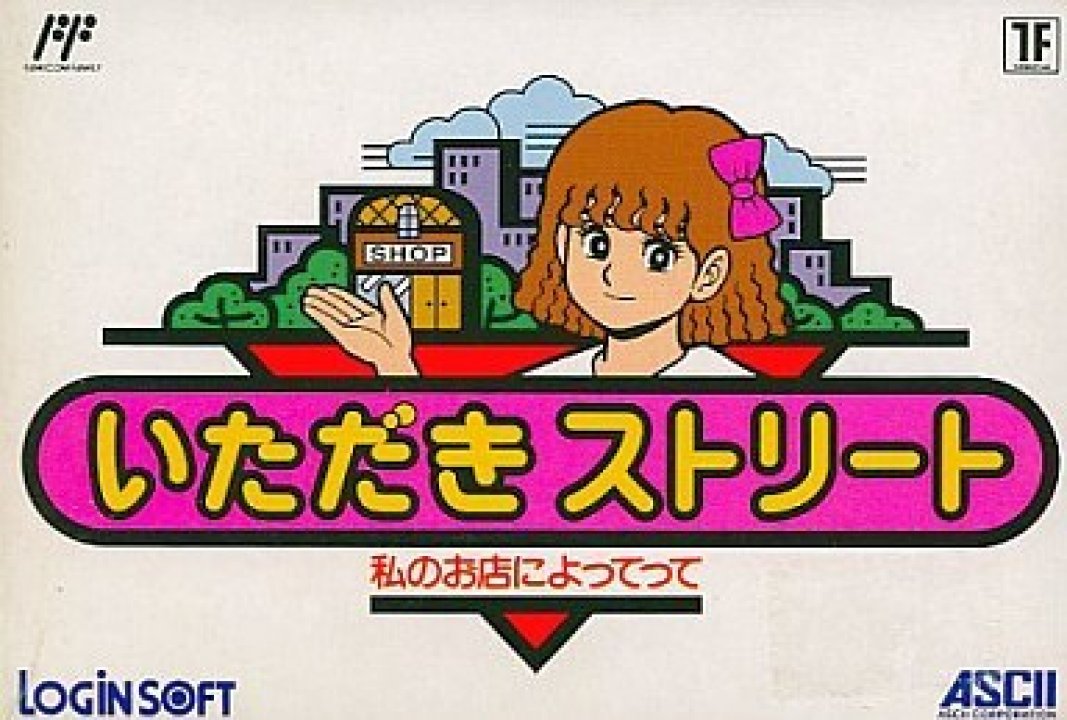 Itadaki Street: Watashi no Oten ni Yottette is a Miscellaneous game, developed by Game Studio and published by ASCII Entertainment, which was released in Japan in 1991. A board game, similar to monopoly, with a large cast of characters released for the Famicom on March 21, 1991 in Japan. 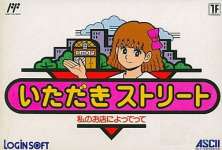