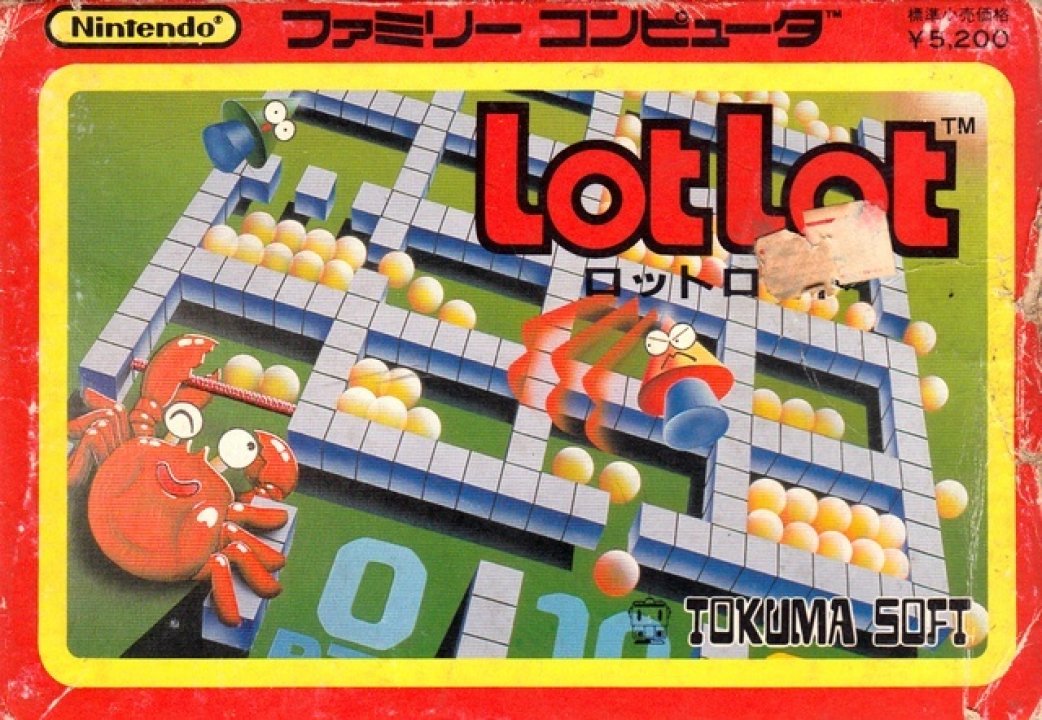 A strategy/puzzle game by Tokuma Shoten Publishing. The goal is to use a pair of arrows to teleport pachinko balls around a maze to the scoring zones, and away from the "Out" zone. It was originally developed for Arcades and ported to MSX and the Famicom. Lot Lot is a puzzle game involving pachinko balls and has a superficiality similarity to that popular Japanese gambling game. Instead of firing the balls around a table full of pins that change their course, the goal is to make sure the balls run into one of the four troughs that score points, with the higher numbered scoring zones being preferable. If any drop into the "Out" zone, the game is over. Tokuma Shoten Publishing is a major conglomerate in Japan that mostly publishes magazines, though in the 80s they tried branching out into other mediums as well. Lot Lot is one of their earliest forays into publishing video games, and is the first game of theirs to be published for the NES/Famicom. The player changes the destination of these balls with a pair of arrows: A pink arrow and a green arrow. Pressing the action button will switch the contents of the two boxes the two arrows are hovering over. The pink arrow goes where the player directs and the green allow follows the same path with a slight time delay. The idea is to pass over the first box that the player wants to teleport balls from and move over to a second box they wish to teleport to, and waiting until the green arrow passes over the original box before pressing the button. The walls of the maze will randomly open and close for limited durations, so the player must send the right balls to the right box quickly in order for them to drain into the scoring zones (or lure them away from draining into the Out zone). The longer the player is able to do this, the more points they will score. 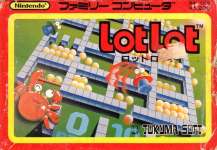