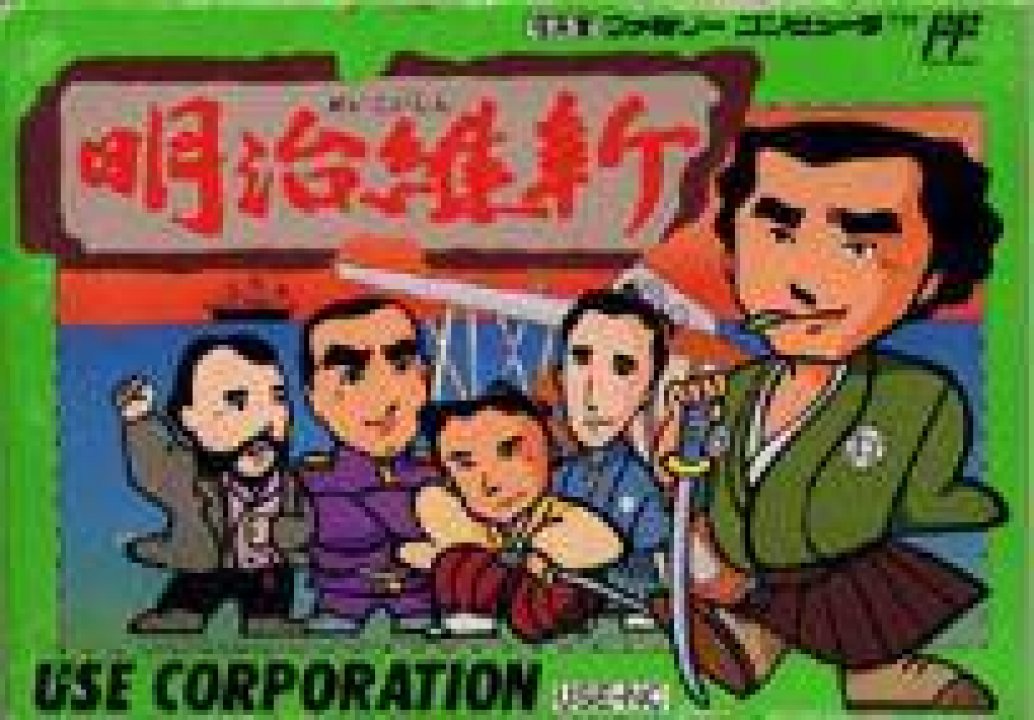 A Famicom adventure game set during the Meiji Restoration era. It features strategy and action elements as well. Meiji Ishin ("Meiji Restoration") is an adventure game for the Nintendo Famicom that allows the player to take an active role in one of the most important historical movements in Japanese history: the Meiji Restoration era of the late 19th century, which wrested control of the country from the Shogunate and back to the Emperor. The first half of the game is spent gathering allies which involves moving from region to region, conversing with leaders and samurai, and occasionally fighting enemies in duels. The second half gives way to a tactical strategy sim similar to Nobunaga's Ambition, as the player's recruited forces march on Edo (Tokyo) to take on the Shogun. 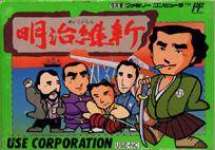