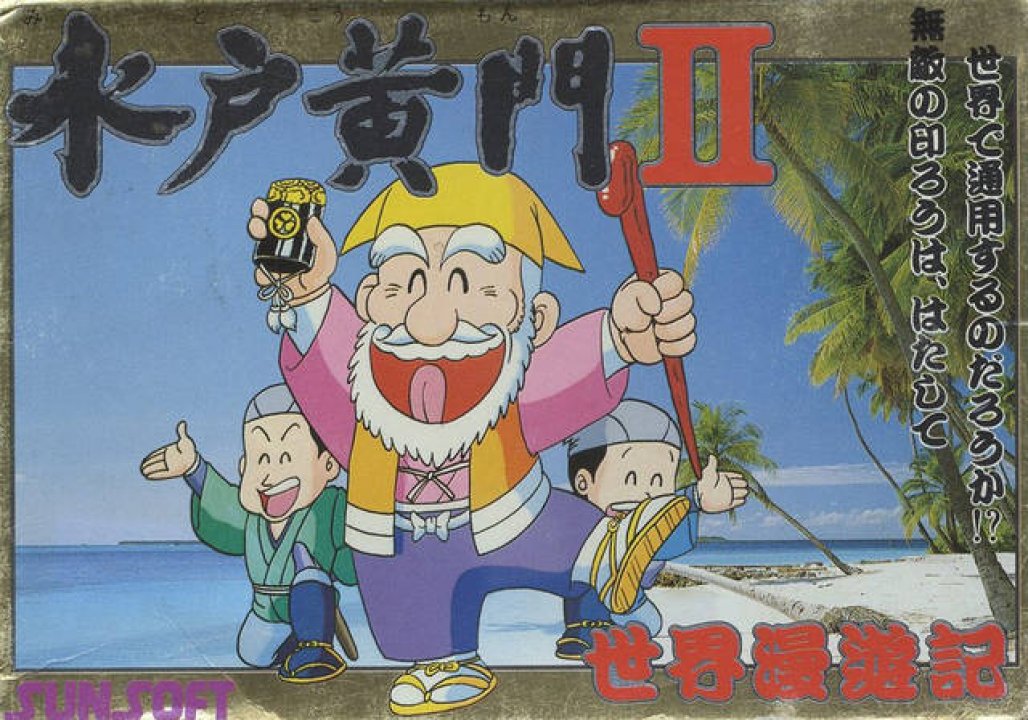 A NES action game developed by SunSoft and the sequel to Mito Koumon. It was never released outside of Japan. Mito Koumon II: Sekai Manyuuki is the sequel to Mito Koumon and is very similar in appearance and gameplay. As in that game, the player controls one of Mitsukini Tokugawa's retainers as they gather clues and evidence of crimes in the area while either avoiding or fighting off hostile NPCs. Unlike the first game, which was set entirely within Japan, Tokugawa is crossing the world solving issues instead. The first stage is America (specifically the Wild West, as would be chronologically accurate for the 17th century) though there are plenty of other locations to visit across the world as well, including even Transylvania. 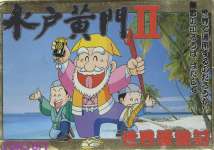