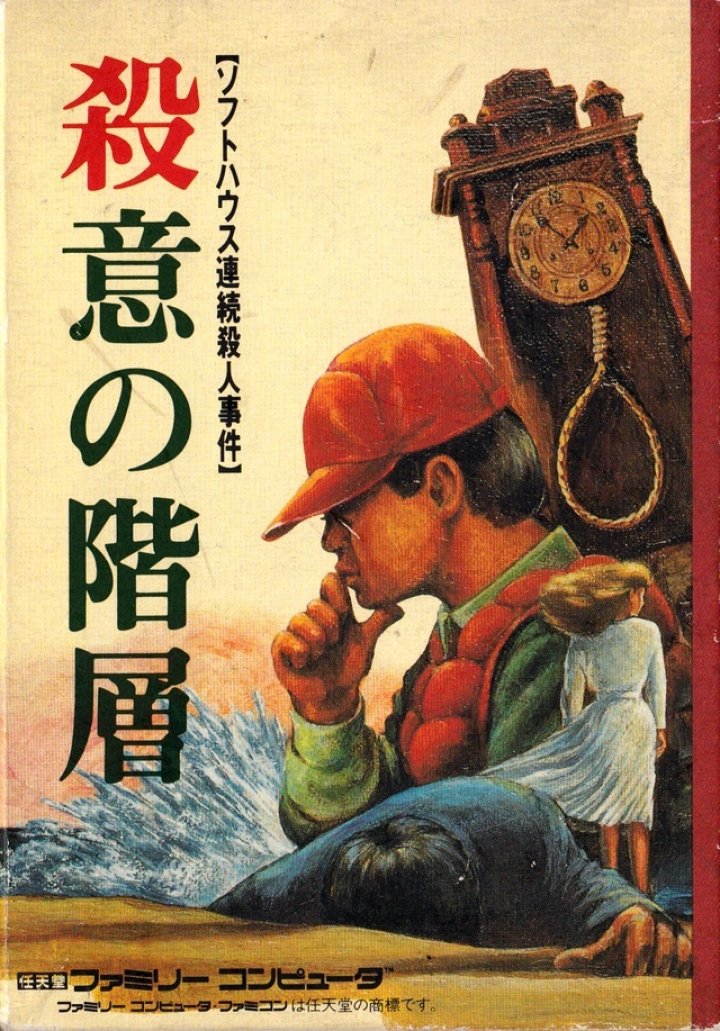 A murder mystery graphic adventure game for the Famicom. It was never released outside of Japan. Satsui no Kaisou: Soft House Satsujin Jiken ("Hierarchy Of Murderous Intent: The Software House Serial Murders") is a menu-based adventure game by Hyperware in which the player is a young man attempting to solve the murder of a successful software developer. Like in many Famicom adventure games, the player can gather clues by examining sites of interest, talking to various people and keeping track of the information they've gathered. As the case continues, more people working for the titular game company start dying and the player is given more murders to solve. Time is an important factor in the game as talking to right people and being in the right places at the right moments will prove instrumental towards solving the mystery. The President of the game company only gives the protagonist three days to solve the case before they get the police involved, giving the player a strict deadline. The game's writer will introduce himself just before the player is asked to identify the culprit, and provide the game's final opportunity to save. The game also has multiple endings, depending on what the player does after the murderer has been identified. 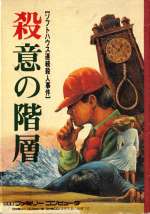