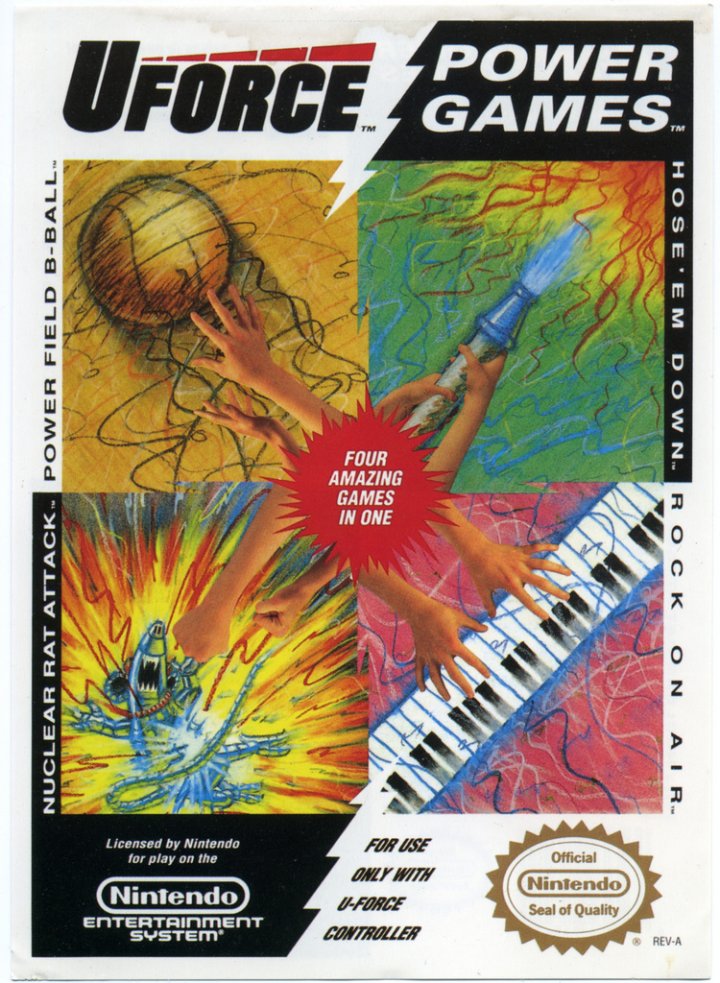 Master the Power Field with the U-Force Power Games! In this multicart, you'll be able to experience the only games designed specifically for the U-Force controller. Included are the games Hose 'Em Down, Nuclear Rat Attack, Rock on Air, and Power Field B-Ball. In Hose 'Em Down you are in charge of a fire hose in front of a burning building. As people appear at the windows you must slowly lower them with your water blast. Go too slow and they burn to death! Pink mutant rats are attacking your reactor in Nuclear Rat Attack. If you don't kill them fast enough they fry and meltdown the system! Rock on Air turns your U-Force into a theremin and lets you create music. Wave your hands around so your friends think you are crazy! Think sports games where you just hit a button are too easy? Power Field B-Ball challenges you by having no buttons! Added two player mode with one U-Force controller ensures the hilarity doesn't stop. Much more than a reproduction, this original game cartridge is built using all new parts. No donor carts were harmed in the making of this game. 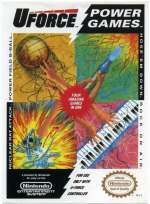