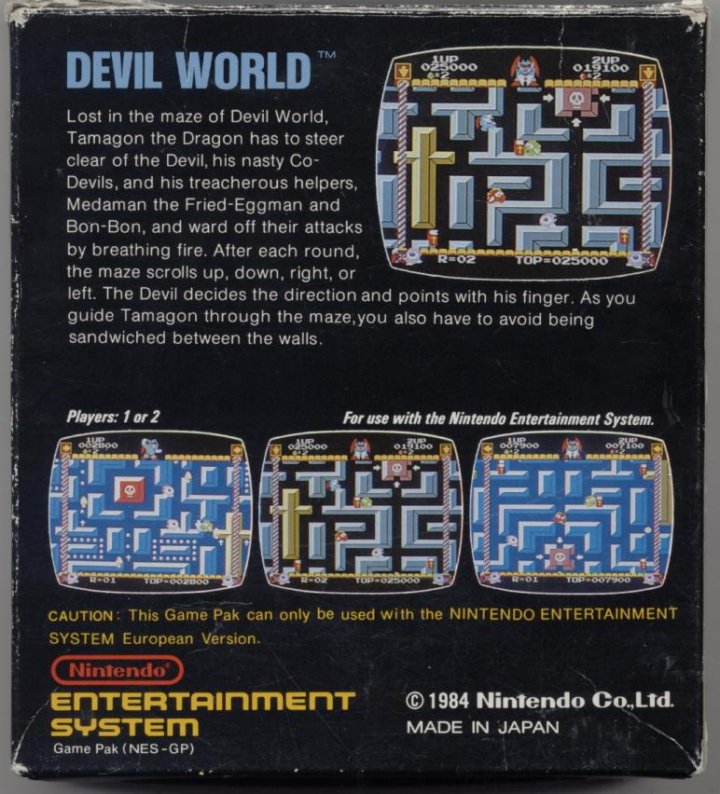 Players control Tamagon, a green dragon who decides to "attack the Devil's World", along with a red Player 2 version of him. He navigates through a series of mazes and touches Crosses to power up and summon the ability to breathe fire and eat the dots in the maze. Without a cross, he is completely helpless, and cannot complete the maze. The large winged demon simply called "the Devil" dances at the top of the screen, pointing the direction for his minions to move the maze. This can be dangerous, as Tamagon can be squished by getting caught between a maze wall and the moving outer boundary. After the first maze is cleared, the next objective is to get four Bibles, and put them into a seal. The Bibles give Tamagon the same powers as with the Crosses. After carrying them all into the seal, the Devil flies to the next maze. In between, a bonus maze shows up where Tamagon collects six Bonus Boxes under a time limit. The pattern then repeats. 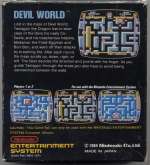 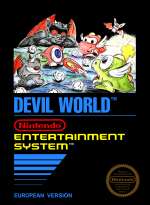 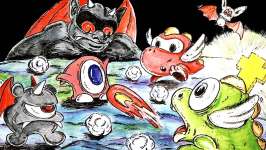 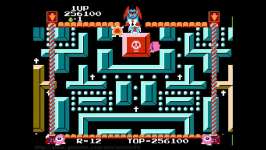