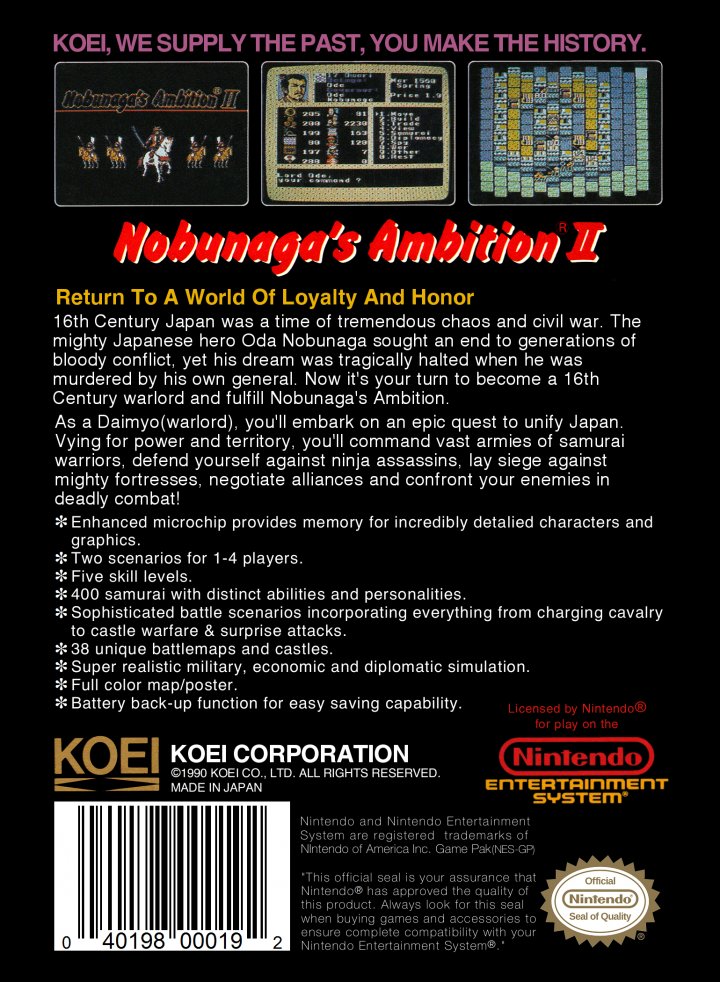 Nobunaga's Ambition II is the sequel to Nobunaga's Ambition. The setting is 16th century feudal Japan, a period when ruthless daimyo (feudal lords) contended with each other for dominance. Ultimately, the winner in this struggle will become Shogun and hold actual power over the islands, while being nominally subject to the Emperor. The game casts the player as one of the daimyo, allowing them freedom to decide the fate and future of feudal Japan, through diplomacy and ultimately war. The objective is to unify Japan under the player's rule. If the player fails through death on the battlefield, assassination at the hands of a ninja, or through natural causes, they can choose a successor and play on. Functionally, the first job is to let prosper the fief (province) under the player's control through agricultural development and town investment. 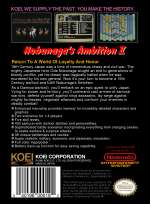 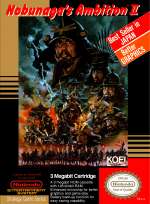 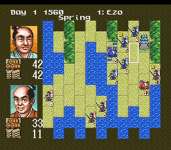