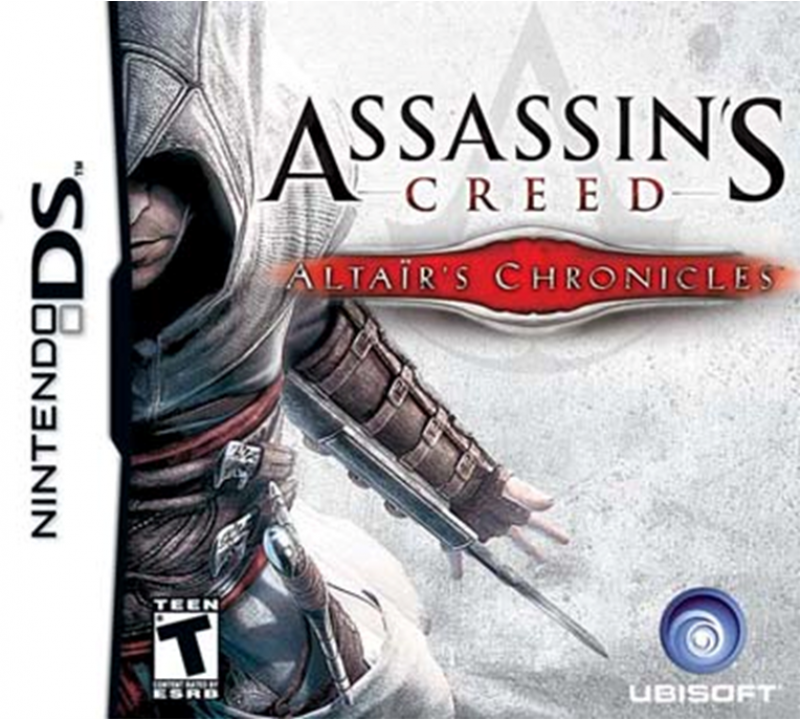 Assassin's Creed: Altaïr's Chronicles is a prequel to the 2007 video game Assassin's Creed. It takes advantage of the Nintendo DS features. The game's main gameplay featured a 3D platform-puzzle game format with third person hack-and-slash combat and more limited stealth maneuvering. The touchscreen is utilized for mini-games, like interrogation and pickpocketing, as well as displaying a map during standard gameplay. The game's combat system consists primarily of weak attacks, strong attacks, blocks, and combos of the three with the sword, while bombs and projectiles are made available in later gameplay. Seven different weapons are available, including the hidden retractable blade, a sword, crossbow, explosive bombs, smoke bombs, and throwing knives. The game also features three different levels of difficulty, allowing for more experienced players to take on a bigger challenge. It features five cities, Tyre and Aleppo, Jerusalem, Acre and Damascus. Unlike the original Assassin's Creed, the game is not told through the perspective of Desmond Miles, but rather the perspective of Altaïr Ibn La-Ahad, although the menu screens do take place in the Animus. 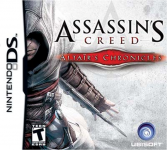 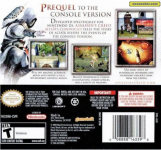 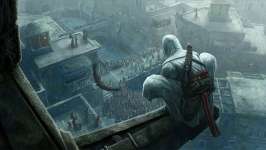