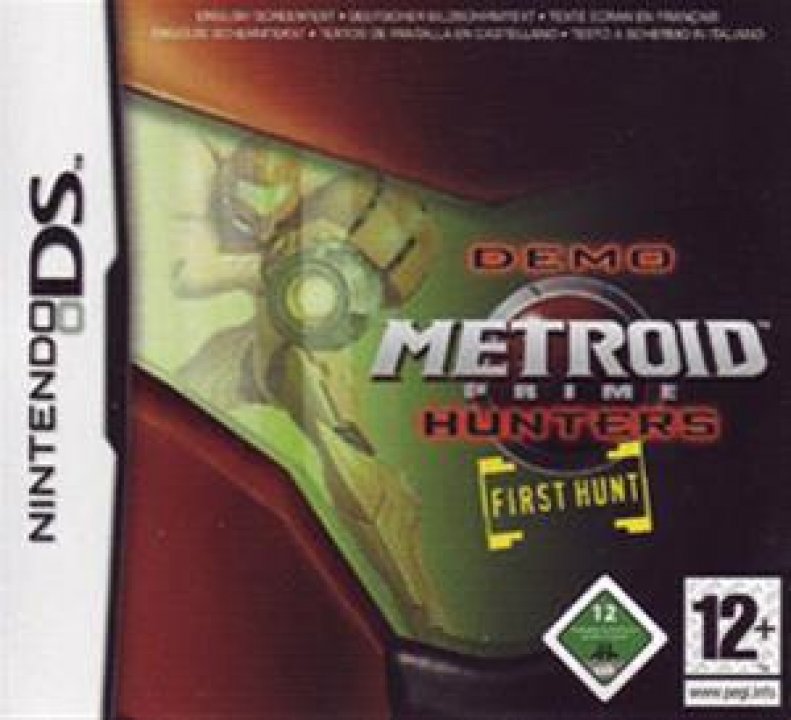 Metroid Prime Hunters: First Hunt is an official demo of Metroid Prime Hunters, the first Metroid game for the Nintendo DS. It was included in Nintendo DS packages at the time of release, but has long since been discontinued. The game includes three short single-player games, a trailer for the full game, and a small multiplayer section. The game is a collection of trials to test Samus's abilities. These include Regulator, Survival, and Morph Ball Training. Points are gained based on performance in these trials, and by combo-ing enemies without missing a shot. 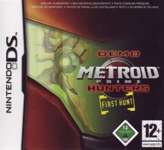