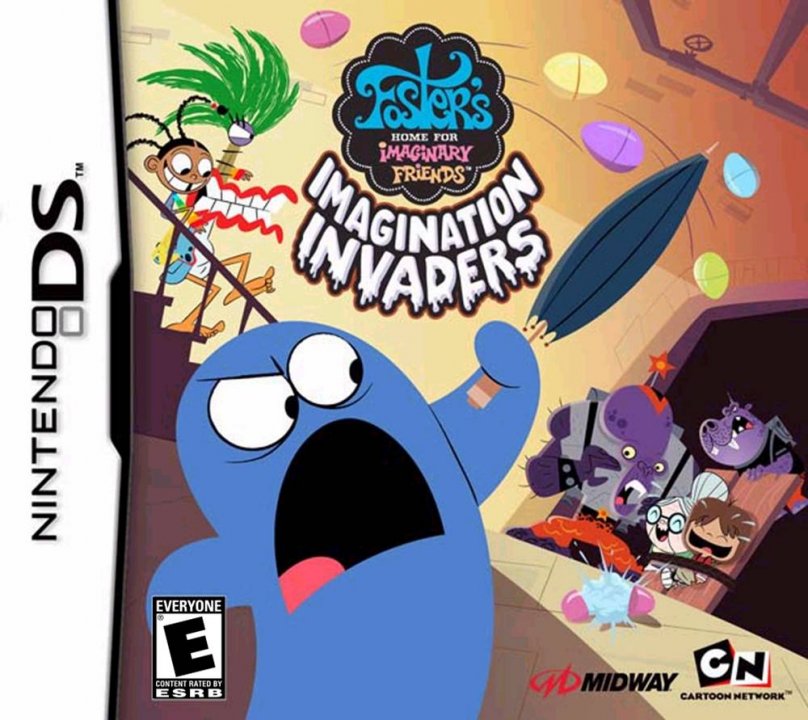 For the first time on the Nintendo DS, experience the fun of Cartoon Network’s hit show in Foster’s Home for Imaginary Friends: Imagination Invaders, playing as head mischief-maker Blooregard Q. Kazoo. Goo has done it again ... her overactive imagination has conjured up a group of diabolical cosmic invaders, the Space Nut Boogies. They've raided Foster's Home for Imaginary Friends and taken Madame Foster hostage in search of The Greatest Thing in the Universe, and it's up to you to stop them! Play as Bloo as you explore the Foster's house, sneak past the Space Nut Boogie guards, and gather Mac, Coco, Eduardo and the rest of the gang to rescue Madame Foster. 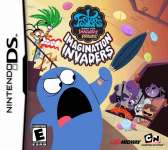